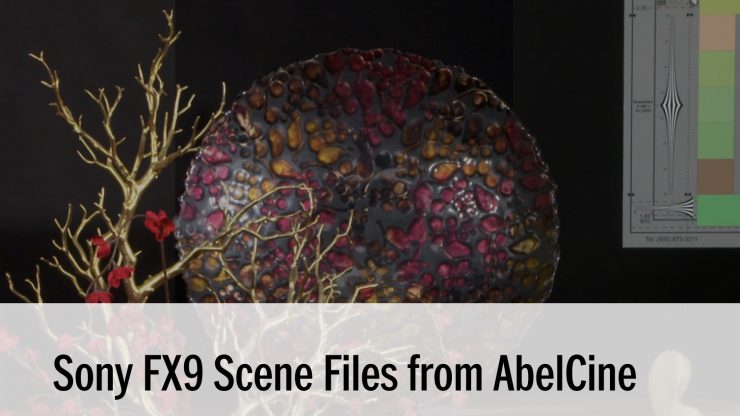 AbelCine has been making scene files for cameras for as long as I can remember. I had several of their scene files loaded up in my Sony F3 almost a decade ago.

Well, now they have released scene files for the Sony FX9. The good news is, just like all of their scene files over the years, these are free to download and use.

Now, just to be clear, these are not LUTs, they ae scene files. Scene files are a good option when you need to turn material around fast or hand off material to someone who doesn’t want Log footage.

You can download all of AbelCine’s Sony FX9 scene files here.

AB-NORM is a very universal look that can be used for interiors and exteriors. It is a popular look as it can fit multiple scenarios and lighting ratios, as well as provide nice skin tone reproduction and contrast.

The AB_HILIT scene file is intended for use in scenes with high contrast ranges, such as a bright day or other scenes where your environment has more highlights than shadows.

AB_HIGHSAT scene file has more saturation and contrast, allowing the colors to be more vibrant and stand out more than the previous looks described above. Notice the vibrant colors in the chart and background as well as skin tone.

he JR45 Video scene file is a broadcast style look with saturated colors but not as saturated as Hi Sat.