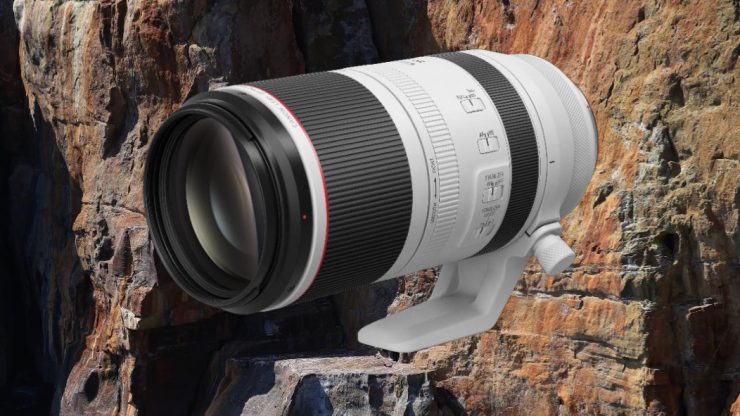 A variable aperture of 4.5-7.1 hardly sounds impressive, and it is not really a lens you will be wanting to use indoors or in low light situations, at least for video. For still photography, if you combine it with the new R5 or R6 you will get up to 8 stops of shake correction. Even without utilizing the IBIS in the R5 or R6, you can still get up to 5.5 stops of shake correction through the use of optical image stabilization.

Canon claims the lens has high speed, smooth, silent autofocusing performance. The lens features two Nano USM motors to help with auto focussing speed and response. The minimum focus distance is 2.95′ (0.9m). This is pretty good for a lens with this focal range.

The use of UD lenses and optical design is claimed to successfully suppress color aberration from blurring in the defocus region.

The lens features L series build quality and it is dust and weather resistant. The lens does extend, so this would make it unsuitable to use with any type of rod-based matte box.

You may well be thinking that this is just a recycled Canon EF 100-400mm F4.5-5.6L IS II USM with a bit of extra reach, but that is not the case. This is a brand new lens design.

This really is a lens where trade-offs have to be made. To get the long focal range, while keeping the size and weight to a minimum, compromises had to be made. In this case, they come in the form of a slower variable aperture.