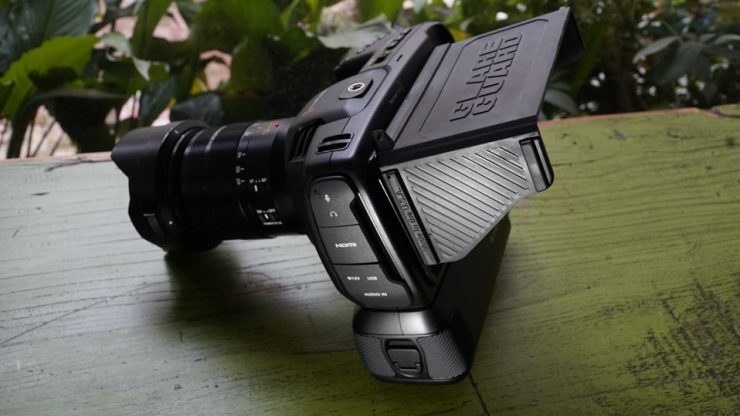 Jeb Johenning from OceanVideo has created a new model of his GlareGuard for the Blackmagic Design Pocket cameras.

From our reviews of the BMPCC 4K & 6K, the screen is hardly usable in daylight, which is where the GlareGuard comes in.

The GlareGuard is a sunshade that attaches magnetically to a precision-cut metal frame which is attached to the camera by a peel & stick adhesive (3M VHB).

The guard itself is constructed with injection-moulded elastomer for a durable but flexible sunshade. He has previously created a model for RED 7″ & 4.7″ touchscreens.

A nice feature of the GlareGuard is that it folds flat to protect the screen when not in use.

It is designed & manufactured in California, USA.

No exact pricing has been announced yet but the 4.7″ RED version retails for $79 and the 7″ for $99. With the BMPCC having a 5″ screen, it will probably retail for a similar price to the 4.7″ version.