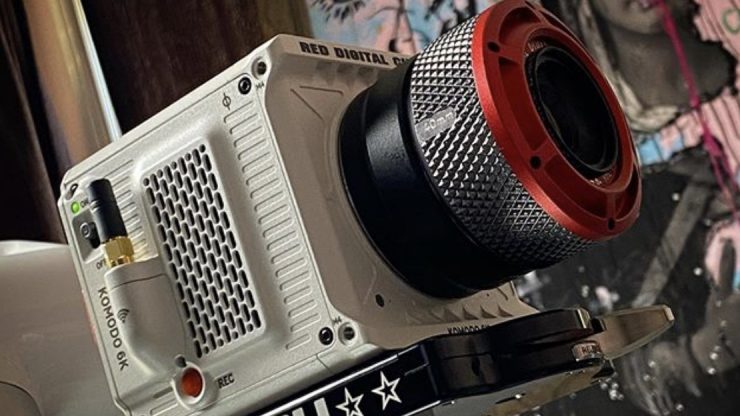 According to Jarred, “Everything got more expensive cause of this whole virus thing.”

Jarred Land has said on Instagram: “Now that our factory is back in action …albeit severely anemic with the new protocols, we can slowly start making Komodos again. it’s a really, really slow train now so it’s gonna take a while to get enough of our troops back to start making enough volume to blast out to dealers and the world but the good news is to pass that time and keep our skeleton crew busy, in 2 weeks I’m gonna start selling some crazy colored Komodos to my friends and anyone else who wants to be a little “different”. Super limited low quantities. Will make just a handful per week till the stormtroopers are ready. Email me if you are interested.”

Despite the constant teasing and trickling of information that has been going on for more than 9 months, RED still hasn’t announced the full specifications of the camera. Here is what we know:

While a lot of people are excited about the Komodo, the constant teasing has gone down with some potential customers.

For people who bought the Hydrogen phone, they will still be eligible for a discount on Komodo, but that discount will only be available when purchasing a regular black version. There has been no official word on how much that discount will be.

Even at $6,000 USD, the Komodo is going to face very stiff competition from a range of cameras. Here are other 6K S35 or full-frame cameras that are at a similar price point:

It will be interesting to see how RED fares in this very competitive sector. The upcoming Canon R5 is also likely to draw many potential Komodo buyers away from RED. When the Komodo was originally announced (or teased) the Canon R5 didn’t exist. This is the problem with endlessly teasing a product and not bringing it to market. You allow other competition to sweep in and steal away potential sales.

Would you buy a RED Komodo given the other options that are and will become available? Let us know in the comments section below.