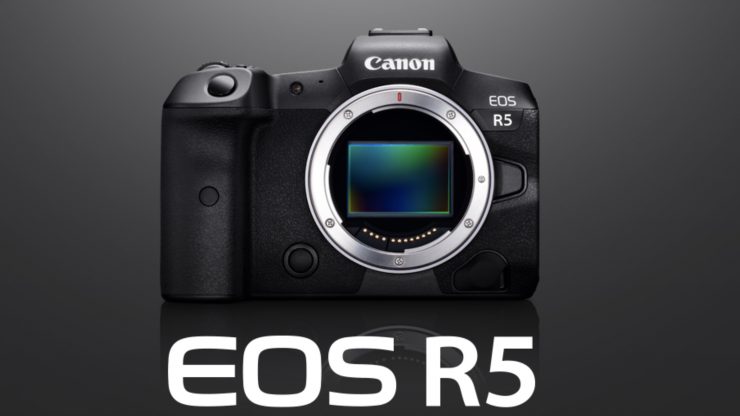 The Canon EOS R5 is undoubtedly one of the most highly anticipated cameras of 2020, despite having no shipping date and price. Well, today they have finally announced some of the camera’s specifications.

Ever since a development announcement was made back in mid-February people have been losing their minds because Canon said that the camera was going to be able to record 8K video.

A month later in mid-March, Canon teased us again with a little bit more information. Fast forward to today and we finally have some of the key specifications. Here they are:

“Today we are excited to release further specs of the revolutionary EOS R5. This is the camera we’ve been waiting for and the one I believe our competitors hoped would never materialize. As the specs show, the EOS R5 is not the ‘fantasy’ that many speculated was too good to be true. On the contrary, the EOS R5 is a revolutionary camera that will enable content creators to go further than they ever expected. Its video capabilities alone are over and above anything available in a mirrorless camera before and will be accessible to creators broadly, both inside and outside the realm of professionals.”

The EOS R5 certainly bucks the trend of Canon crippling it’s mirrorless and DSLR cameras when it comes to video specifications. With the R5, Canon seems to have swung for the fences instead of deciding to bunt and play it safe.

The R5 will be able to record 8K RAW internally at up to 30p to the CFexpress card. Canon hasn’t said exactly what type of RAW it is, but it is safe to assume that it is the same RAW light being used in the C500 Mark II and C300 Mark III.

There wasn’t any mention of other picture profiles or what versions of Canon Log will be available.

So how do these specifications compare to other mirrorless full-frame cameras that are currently available? Below you can see:

These specifications are for internal recording. Some cameras can only record in certain resolutions and frame rates in 4:2:0 8-bit.

As far as resolutions, frame rates, and internal recording are concerned, the only real challenger is the Panasonic S1H, but it can only record 4:2:0 10-bit once you get to resolutions above 4K DCI.

On paper at least, the EOS R5 has all of the other full-frame mirrorless cameras beat.

What is also great to see is that Canon’s very good DPAF is available across all resolutions and all of the frame rates, including 4K 120p.

A lot of the autofocus technology that is incorporated in the R5 has come directly from the EOS-1D X Mark III.

For a long time, the Canon cine and stills departments didn’t really do much collaboration. Well, that has now changed and Canon is very keen to stress to consumers that both departments have been working closely together.

Canon views the 1DX Mark III and the EOS R5 as important B and C cameras that can be used in conjunction with the C700 FF, C500 Mark II, and C300 Mark III.

With the bump in specifications, the R5 has certainly been positioned to be used in that capacity.

There are still a lot of specifications that haven’t been made available to us yet. We still don’t know if there will be recording limits, how Canon is managing the heat, or most importantly, how much it is going to cost. Canon also didn’t mention whether the camera will have any anamorphic shooting modes.

Canon representatives went silent when we asked them about record time limits. If thee are any limits, then this is something they clearly didn’t want to mention.

Canon told us that due to the Coronavirus pandemic that the R5, as well as other newly announced canon products, will be delayed. I don’t think anyone should realistically expect to see the R5 until later in the year.

People have been waiting for the a7S III for the last 3-4 years and it hasn’t materialized. We have now seen cameras such as the Panasonic S1H appear and this latest announcement from Canon has put major pressure back on Sony. Whether we will ever actually see an a7S III remains to be seen.

On paper at least, the R5 has a long list of very impressive specifications that will surely place it as the mirrorless camera to beat when it comes to video capabilities.

Canon has certainly turned the corner with the recent announcements of the C500 Mark II, EOS 1D X Mark III and now the C300 Mark III. The EOS R5, at least on paper, appears to have every other mirrorless camera beat. Suddenly Canon seems to have leapfrogged a lot of its competition.

What do you think about the Canon EOS R5? How much do you expect it to cost? Would you consider buying one?

Share your thoughts on the EOS R5 in the Newsshooter Forums.