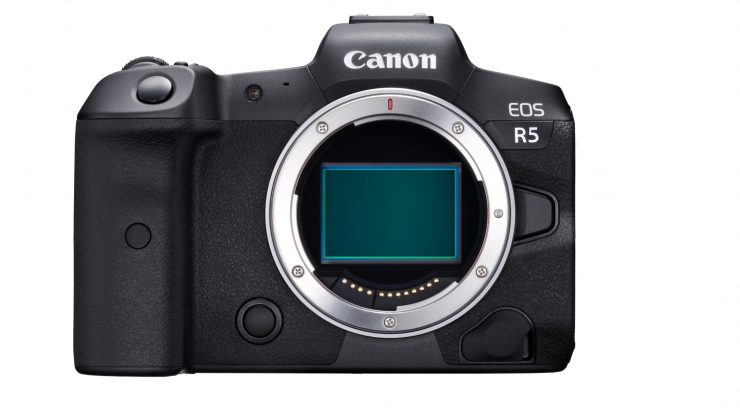 Canon has officially announced that they are in the development of their next-generation full-size mirrorless camera, the EOS R5.

According to Canon, the EOS R5 aims to expand the range of image expression by utilizing the features of the “EOS R System” to achieve even higher-speed continuous shooting and 8K video shooting. In addition, communication functions, operability, and reliability can be further improved, and workflow can be streamlined. With these functions, the basic concept of the EOS series, “rapid speed, comfort, and high image quality” is realized at a high level.

Of course, the big talking point is going to be 8K, even though people should be asking about far more important aspects of a camera. Canon hasn’t given away any details apart from saying that, In addition, the ability to shoot 8K video enables the extraction of high-definition still images and the processing of higher-quality 4K video, expanding the range of video expression.

There is zero information about 8K frame rates, what codec is being used, whether you can shoot full-frame, how long you can record for etc. I would rather see a camera with full-frame 4K at up to 60p in 10-bit 4:2:2 than one with 8K.

What is of a lot more interest to me is that the EOS R will be Canon’s first camera with a shake correction mechanism in the body. This will also work in combination with RF lenses that have image stabilization. Whether this in-body image stabilization works in 8K and if it has limitations on when and how it can be used is still unclear.

The EOS R5 uses a newly developed CMOS sensor to provide a maximum of approximately 20 frames / second for electronic shutters and a maximum of approximately 12 frames / second for mechanical shutters. The camera will have dual media slots, and it will be equipped with an automatic image transfer function from the camera to the cloud platform. This will be called “image.canon” (scheduled to start in early April 2020).

Announcing 8K capable cameras seems to be all the rage lately, we just saw Samsung unveil their Galaxy S20 line yesterday. While there is nothing wrong with having a camera that can shoot 8K, it would be nice to see Canon and other manufacturers actually improve other key elements like color, color depth, dynamic range and frame rates instead of trying to woo potential buyers with 8K.

At the moment this camera seems to still very much be vaporware and I imagine the EOS R5 that will be on display at CP+ in a few weeks time will just be a non-working body shell.

Nobody should be getting carried away with a development announcement, especially when very little is known about the camera. By the time this actually comes to market, who knows what other cameras may already be available.

There is also zero information about how much this camera will cost.

Canon is also developing a total of nine new RF lenses with the aim of launching them sometime in 2020.

What do you think about this development announcement? Please let us know your thoughts in the comment section below.