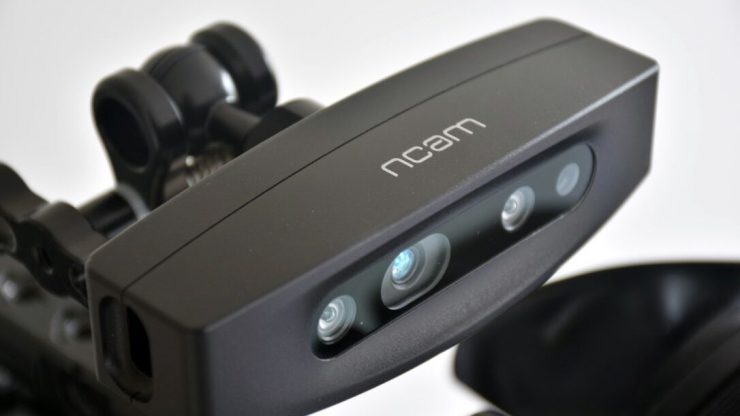 If you are not familiar with Ncam they are a pioneer of real-time visual effects (RVFX) solutions. They offer a complete and customizable augmented reality platform that enables photorealistic virtual graphics in real-time. At its core is a unique camera tracking solution that offers film & TV productions virtual and augmented graphic technology without limits.

The device uses a lightweight sensor bar attached to a camera to track natural features in the environment, allowing the camera to move freely in all locations while generating a continuous stream of extremely precise positional and rotational information that can feed all industry-standard graphics engines via Ncam’s powerful and flexible Software Development Kit (SDK).

Ncam solutions products are being used extensively in the film and Tv industry.

First shown as a prototype at IBC2019, the Mk2 Camera Bar has undergone significant development and enhancement since that time. The Ncam R&D team not only further developing the hardware platform but also redesigning the accompanying suite of software and adding a raft of new features.

The Mk2 Camera Bar itself now not only leverages the Intel RealSense hardware but has also been heavily modified to suit the most demanding broadcast and film environments. This means it is now smaller, lighter, and able to mount more flexibly to an even greater variety of camera rigs, with the result that it can be used with a jib, Steadicam, wire cam, and even with drones.

Previous generation hardware required an ethernet tether to return tracking data to a server running Ncam Reality software. The next-generation software now runs on the Mk2 Server and can be mounted on the camera or rig itself, meaning all camera tracking and lens data are computed locally. This means Ncam can now offer fully wireless tracking on a standard RF camera link, opening up myriad possibilities for the remote production of AR graphics, as well as freeing up valuable rack space for outside broadcast applications.

Other improvements introduced with the Mk2 include: