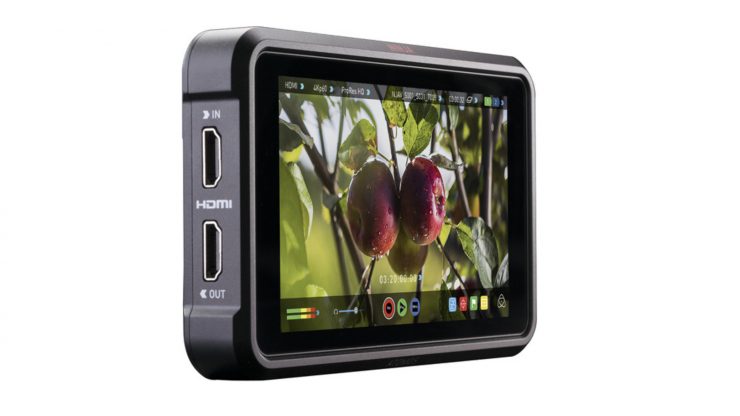 Atomos has announced the AtomOS 10.3 update for the Ninja V that adds new functionality that has finally addressed a few key problems.

The biggest two for me are the legalized HDMI output and the addition of an IRE scale when using false color.

Legalize HDMI input
The update provides Ninja V users with the ability to manually apply a Full-to-Legal range conversion on the recorded input. The setting provides the option to legalize REC.709 inputs that are using Full range (8bit 0-255 / 10bit 0-1023) to accurately map these to Legal range (16-235 or 64-940) for increased flexibility with NLE systems.

This hopefully fixes the annoying problem where the Ninja V was clipping the input and you were loosing both shadow and highlight information because the device was interpreting everything as being a (16-235) range.

IRE Scale for False Color
False color is an essential tool, helping filmmakers to get correct exposure. An IRE % scale with values has been added to the False Color mode view to help enable accurate exposure of skin tones when exposing. This is something I have been complaining about for years and years with the way Atomos does false color.

While this is an improvement, I would have still preferred to see a system where you can actually map the false color to a particular camera. All cameras are different and a generic false color guide won’t accurately reflect your camera.

9 Grid overlay
A 9 Grid overlay function has been added to this update: perfect for applying the rule of thirds theory to your image composition.

Anamorphic De-squeeze
With the increase in the use of anamorphic lenses in productions, Atomos has added 1.25x and 1.8x de-squeeze to allow compatibility with a wider range of anamorphic glass.

Rolling File Naming
Scene, Shot and Take file names allow users to accurately name planned shots as if using a conventional slate. This firmware update adds the ability to maintain continuous rolling file naming and take counts after re-formatting a drive. This function can be turned on or off in the file naming menu.

Users can update their Ninja V units by downloading the latest AtomOS 10.3 from:

https://www.atomos.com/firmware/ninja-v and following the instructions.