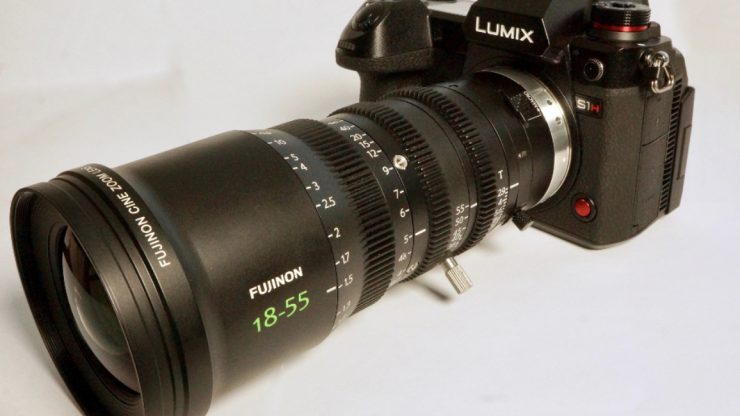 MTF has announced a new Fujinon MK Lens Conversion Kit that allows you to put Fujinon MK zooms onto any L mount camera, such as the Panasonic S1H.

They have also announced a L-Mount to PL adapter that, as the name implies, allows you to put PL mount lenses on any L-Mount camera.

The new conversion kit for the Fujinon MK cine lens will be available as a 2 part kit. This will comprise of a replacement collar, (replacing the green ring element) and the stainless steel L Mount.

The kit will also come complete with all screws and an L-Mount rear cap.

MTF has made quite a few adapter kits for the Fujinon MK zooms. You can get conversion kits for M4/4 and Sony FZ mount.