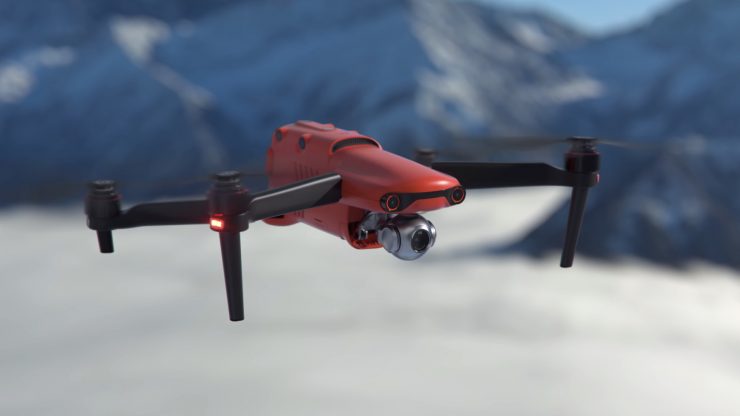 Earlier this month you may remember we ran an article about the new 8K EVO II drones from Autel.

The EVO II drones were supposed to start shipping this month, but a software bug has delayed final production and now they won’t start shipping till March at the earliest.

The Autel range consists of the EVO II, the world’s first 8K foldable consumer drone, the 6K EVO II PRO, and the EVO PRO II Dual, which features the ability to record 8K and thermal images.

The EVO 2 series features the longest battery life of any foldable drone (up to 40-minutes of flight time). With a top speed of 45mph and up to 9km range. The drones use all-new sensor and storage package and omnidirectional obstacle avoidance

Below you can read the statement from Autel that was posted on their Facebook page.

First, we want to thank all of our fans and followers. It doesn’t matter if you just follow one of our social channels, or if you fly our products every day. Your support and enthusiasm have always kept us going here at the Seattle office.

With the announcement of EVO II at CES, the response has been absolutely crazy. This community is exploding, and we thank you for your patience with us as we are still trying to catch up on responses.

We also want to be as transparent as possible and give you all periodic updates on the status and availability of EVO II. That way you have the most up to date information straight from us and not just rumors.

Our goal at CES was to get the initial units of EVO II (8k) into the hands of dealers by the end of January. Unfortunately, during production, we found a bug in our software that could limit flight performance under normal operation. Instead of shipping the hardware with a known issue and forcing users to perform day 1 updates, we have decided to delay the rest of production and shipments until we have resolved the issue. Our projected timeline is to have EVO II available for purchase in March. This is not a set date or time frame, and things can always change. But with the information we have today, that is our goal.

The team in Seattle is very small and we are adding channel support as we can. We are looking to start up our website newsletter again in the next few weeks. So for any future updates, please check our website, the official social channels, and emails coming directly from us.

We thank you for your patience. If you have any questions please do not hesitate to get a hold of us at [email protected]

Thank you all again and fly safe!

Does this open the door for DJI?

DJI has been a little quiet as of late, but it is expected that they will release new drones sometime this year. With the Autel delay, it is quite possible that DJI could swoop in and announce drones that ship before the EVO II models do.

Being first to market can be the difference between your product being successful or not. For a smaller company like Autel, this delay must be very worrying. The last thing they want is DI releasing a drone with similar specifications and making it available before they can get theirs to market.