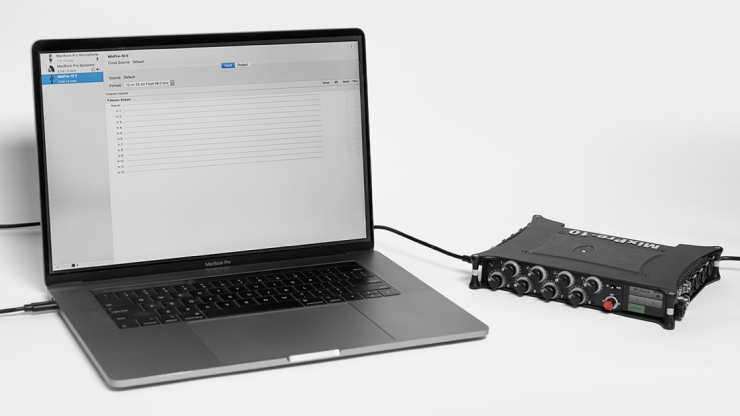 This new feature makes the MixPre-3 II, MixPre-6 II, and MixPre-10 II the only USB audio interfaces currently on the market that allow cutting-edge 32-bit float recording and playback on Mac OS.

“With 32-bit float, you no longer need to worry about clipping during your best vocal takes or instrument solos. Any recorded moments exceeding 0 dBFS can be reduced to an acceptable level after recording in your DAW.The MixPre-II recorders are the first USB audio interfaces to support 32-bit float. We were the first to ship 32-bit float recording technology when we launched the MixPre-II in 2019 and we wanted to bring the same vast dynamic range and unclippable recording benefits to musicians and other content creators recording directly into a DAW.”

32-bit float USB audio streaming requires Mac OS Catalina (10.15+) and an application that supports 32-bit float. A list of compatible applications is available on the Sound Devices site at: www.sounddevices.com/32-bit-float-applications