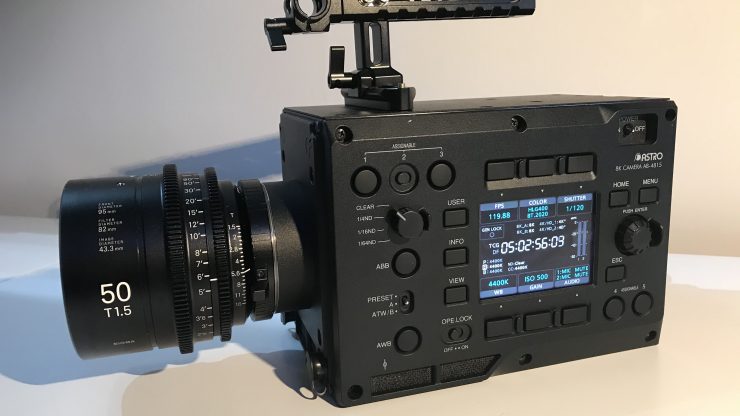 The Astro Design 8K AB-4815 is a lightweight camera for outside broadcast that is capable of outputting 8K 120p in real-time.

The camera was first announced back in April this year, but this is the first time we have been able to see the camera. The AB-4815 is a co-development between Astro Design and Sharp.

The camera doesn’t have any internal recording capabilities, and can only output a signal.

The camera has already been used by Japanese broadcaster NHK.