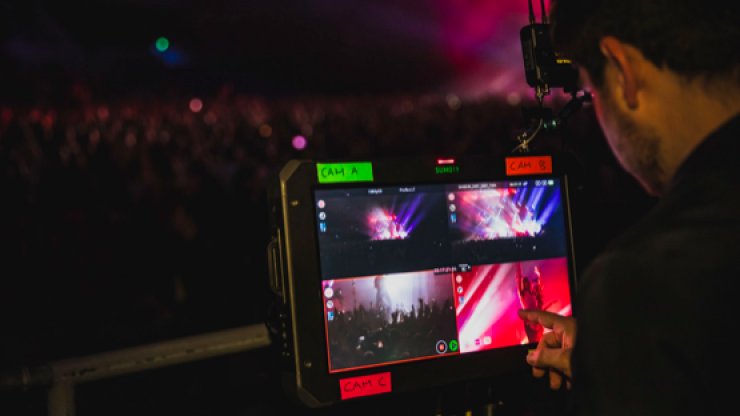 The Sumo 19 was announced way back just prior to NAB 2017 and ever since consumers have been waiting for this asynchronous switching and quad ISO recording update to be relaesed.

AtomOS 9.2 for Sumo 19 will allow users to easily record and switch multi-camera events. This firmware update is free.

Up to five 1080p60 streams can be recorded simultaneously – four separate ISOs and the program out to the same SSD drive in Apple ProRes or Avid DNx formats. This can now be done without the need to synchronize the cameras together using genlock. The channels can be switched in real-time at the touch of the screen and the resulting switched output recorded to the separate fifth channel, as well as output on either HDMI or HD-SDI.

Audio can be selected from a single source, an external source, or from each individual camera if need be.

Each switch also signals a metadata cut/edit point that the Sumo 19 writes to the disk as an XML file. The ISOs can subsequently be brought directly into your NLE’s timeline with the edits already in place. You can also configure the touchscreen to respond differently to single and double taps, giving the choice between a hard cut or a dissolve being written into the XML file. This will, in turn, tell the NLE which transition type it should use.

The Sumo has a 19-inch high brightness 1200nit screen. 19″ is a good size for switching, especially when you are using four cameras. It allows whoever is doing the switching to have a clear view of all four feeds.

The Sumo 19 allows for a combination of ProRes and ProRes RAW recording with instant playback. Unfortunately, you can’t record ProRes RAW when using the quad ISO recording mode.

AtomOS 9.2 for Sumo 19 will be available as a free download for all users from the Atomos website.