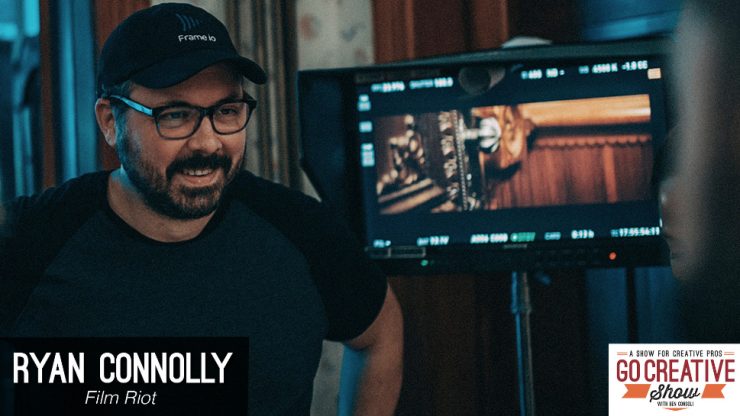 Film Riot has been extremely popular with indie filmmakers, and it is now celebrating its 10 year anniversary. Film Riot has over 1.5 million subscribers on YouTube.

Ryan and Go Creative Show host, Ben Consoli, discuss how Film Riot has changed over the years, plus they take a behind the scenes look at his latest short film “There Comes a Knocking” which Ryan hopes to make into a feature film.

Ryan is not only knowledgeable, but he is also entertaining and easy to watch.

Topics Covered in the podcast: