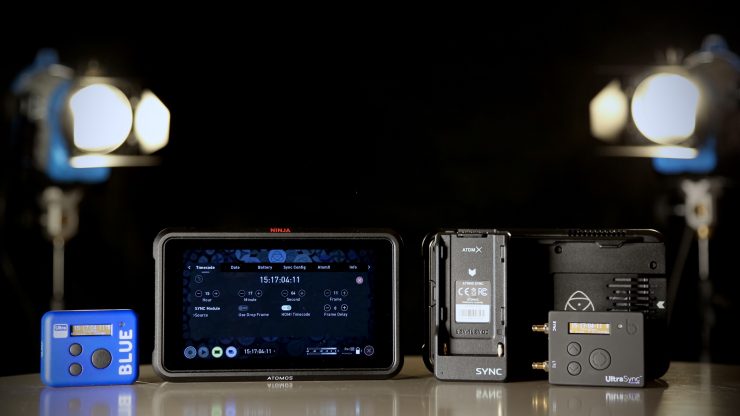 Atomos has announced that they have acquired Timecode Systems who create handy products like the UltraSync, :pulse and recently the UltraSync BLUE which uses a new Bluetooth system.

Matt has a few Timecode Systems product reviews which you can view on the site.

We had already seen a collaboration between Atomos and Timecode Systems with the AtomX SYNC module for the Ninja V. These were announced last year at IBC 2018 but are still yet to ship. The SYNC module adds wireless timecode, sync, and Bluetooth control to the Ninja V monitor.

With the acquisition, Atomos says that they will now be able to integrate the Timecode Systems syncing technology into their product range. One possibility, for example, is for an Atomos monitor/recorder to act as a master clock, with compatible devices able to sync wirelessly for multi-camera shoots.

For third party camera, smart device and audio manufacturers, a free SDK will now be available to implement the same technology into other products to create a compatible eco-system.

The deal will make multicamera shoots and audio synchronization simpler and more efficient for users of almost any prosumer, professional or cinema camera.
Timecode Systems’ innovation has set the standards and protocols that guarantee precision. Its unique
RF wireless synchronization of cameras and audio devices replaces conventional wired Genlock.

The Timecode Systems UltraSync BLUE is already compatible with a few devices like the MAVIS pro camera app for iOS and Apogee MetaRecorder app for iOS.

To truly shoot collaboratively, everything needs to work in perfect, frame-accurate sync – there has to be this robust wireless connection. The Timecode Systems RF protocol is this bullet-proof link. With the Timecode Systems standard, we now have the glue to create a truly connected multicamera solution.