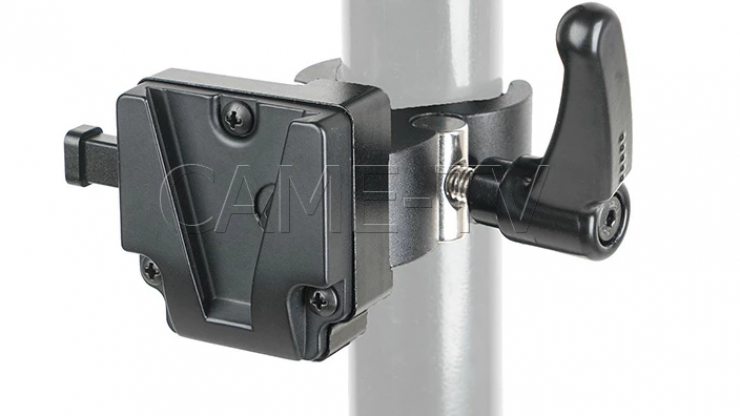 If you have been looking for a simple solution to attach a V-mount battery to a light stand then the CAME-TV V-Mount Clamp looks to be a good solution.

The CAME-TV V-Mount Clamp can be mounted to a light stand or a tripod via the clamp. Now just to be clear, this isn’t a power plate. If you are going to use this device to power a light, camera, or other accessories, then you would need to use a battery that has a D-tap. You would also need to have a compatible D-tap to power in cable depending on what you are going to be powering.

If you need a V-mount power plate that also has a clamp, CAME-TV also has the V-Mount Plate with clamp for $58 USD.

The CAME-TV V-Mount Clamp is small and compact and won’t take up a lot of space in a bag.

The price of the CAME-TV V-Mount Clamp is $35 USD.