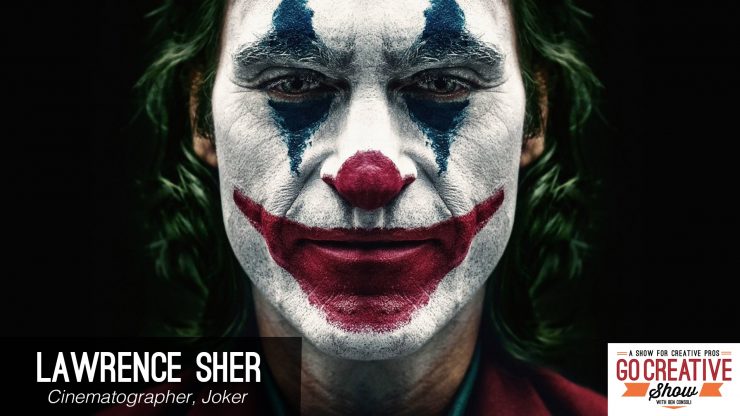 On this week’s Go Creative Show podcast, the cinematographer of Joker, Lawrence Sher ASC talks all about why the movie is such a polarizing film.

Host Ben Consoli and Lawrence also discuss the lighting and camera tricks that gave Joker its unique look, how they worked around Joaquin Phoenix’s leg injury, the camera and lenses used, filming subway scenes with LED projection technology, and a whole lot more.

Lawrence Sher ASC is a long-time collaborator with director Todd Phillips and he is mostly known for lensing comedies such as The Hangover (I, II & III), The Dictator, and Paul, but over the last few years he has branched out to shoot War Dogs and Godzilla: King of Monsters.