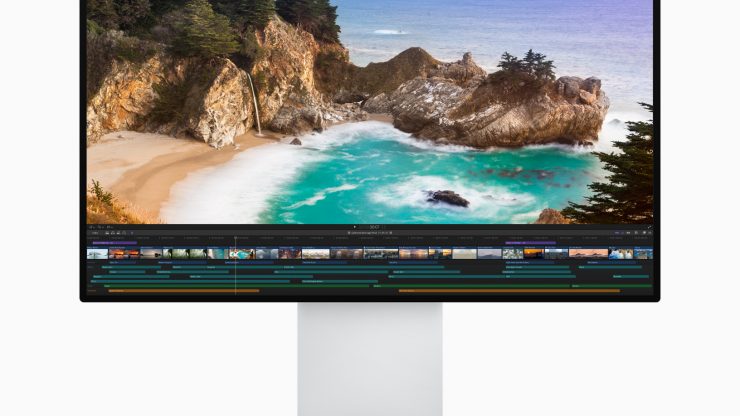 Apple has released Final Cut Pro 10.4.7. This new update of FCPX introduces a new Metal engine for increased performance, as well as optimizations for the upcoming Mac Pro and Pro Display XDR.

I personally use FCPX and it has been a great investment. I paid $299 USD for it 8 years ago and it hasn’t cost me a cent since. The NLE certainly started off on a rocky road, but it has continued to improve and evolve over the years.

A new Metal engine delivers performance gains across a wide range of Mac systems and takes advantage of the power of the upcoming Mac Pro and the high-resolution, high-dynamic-range viewing experience of Apple Pro Display XDR. Apple is also releasing updates to Motion and Compressor that feature the same modern Metal engine with performance optimizations for Mac Pro and support for Pro Display XDR.

The new Metal-based engine improves playback and accelerates graphics tasks including rendering, real-time effects and exporting on Metal-compatible Mac computers. Editors with 15-inch MacBook Pro will benefit from performance that’s up to 20 percent faster, while editors using iMac Pro will see gains up to 35 percent.

Final Cut Pro will be able to leverage the power of Mac Pro, offering support for multiple GPUs and up to 28 CPU cores. This means that rendering is up to 2.9 times faster and transcoding is up to 3.2 times faster than on the previous-generation 12-core Mac Pro.

Final Cut Pro users will also be able to utilize the new Afterburner card for increased performance when working with ProRes and ProRes RAW. This allows editors to simultaneously play up to 16 streams of 4K ProRes 422 video or work in 8K resolution with support for up to three streams of 8K ProRes RAW video.

Final Cut Pro works with the new Sidecar feature of macOS Catalina that enables users to extend their Mac workspace by using an iPad as a second display to show the browser or viewer. Video editors can use Sidecar with a cable or they can connect wirelessly for even greater flexibility.