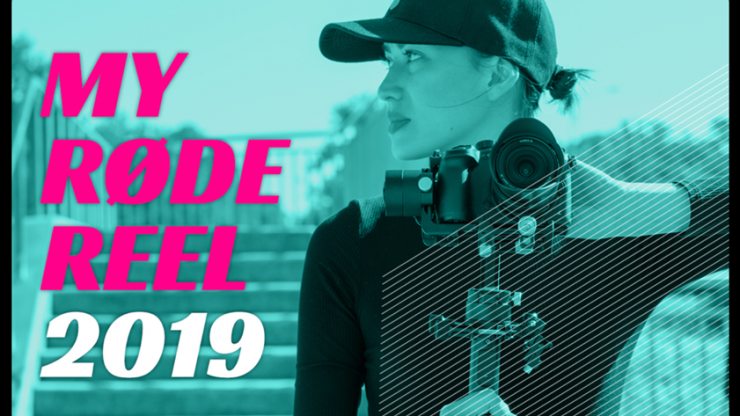 The winners of the My RØDE Reel short film competition for 2019 have been announced. Check out the winning films below. The winners will share in a prize pool worth over $1,000,000.

The winner of this major prize was chosen by the three judges – Ryan Connolly, Grace Randolph & Dan Mace.

A suspenseful story about man’s best friend, Good Boy is not only our winner for best Horror Film, but it’s also the highest-scoring film from our panel of judges, taking the top prize for our Judges’ Film category.

Emotion, rhythm, culture and celebration come together in this piece, showcasing riverboat racing in Kerala, India. This film received the most votes of any My RØDE Reel entry, taking home People’s Choice.

A powerful and emotional piece that demands action on the big issues, Pollution takes out the Young Filmmaker prize.

A thought-provoking piece about the reflections of a woman in silence, I DON’T SPEAK is the winner of the Female Filmmaker category.

An incredibly detailed and playful masterclass in the creation of 360 content, Studio Tour in 360 VR is the winner for BTS-Educational.

The winner for the BTS-Entertaining category, GOOD CITIZEN is an original and charming take on the traditional BTS with a humorous emphasis on the ‘magic’ of cinema.

“THE TRAILER IS THE MOVIE!” Full Sail Scholarship

This year saw a new category being announced complete with two scholarships to Full Sail University. Here are the winners below:

The first of the winners for the new ‘Trailer is the Movie’ category; Feliz Navidead is a cheeky take on your typical action flick starring a surprising protagonist.

The runner up is La Voie du Silence, a dramatic and intense introduction to a story of freedom that leaves you wanting more.

You can view all of the major winners and more at the My RØDE Reel website.