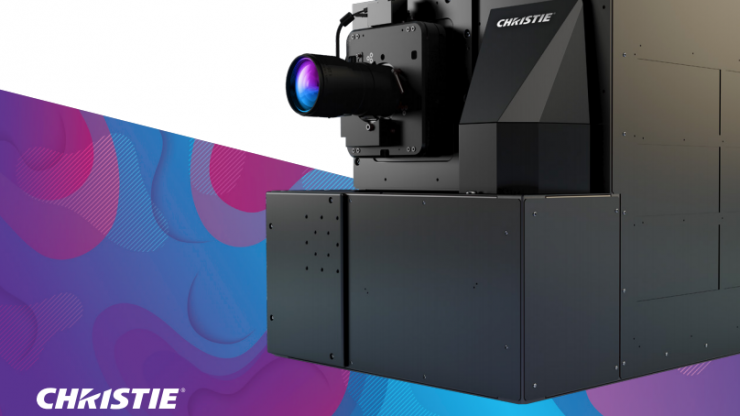 Christie announced the Eclipse just prior to IBC 2019, it is the world’s first true HDR 4K RGB pure laser projector for the Pro-AV market.

With a 20,000,000:1 contrast ratio and a brightness level of 30,000​ ANSI lumens, as well as 4K resolution and a high frame rate capability of up to 120fps, this is a serious HDR projector. Its specifications make any consumer-based HDR display or projector pale in comparison.

According to Christie, “Audiences are immersed in a degree of detail and depth of color that have never before been possible in any Pro-AV projection system.”

With the Eclipse, black is now truly black, with no residual light. Whites are also brighter than ever. There’s no need for optical filters, black-level blending adjustments, or masking in multi-projector arrays.

As far as durability is concerned, Christie claims that their Eclipse has 30,000 hours of optimal performance to 80% brightness.

The Cristie Eclipse is not for your home theatre unless you have very, very deep pockets. Not only does it weigh a whopping 150kg, but if you have to ask how much it is you probably can’t afford it.