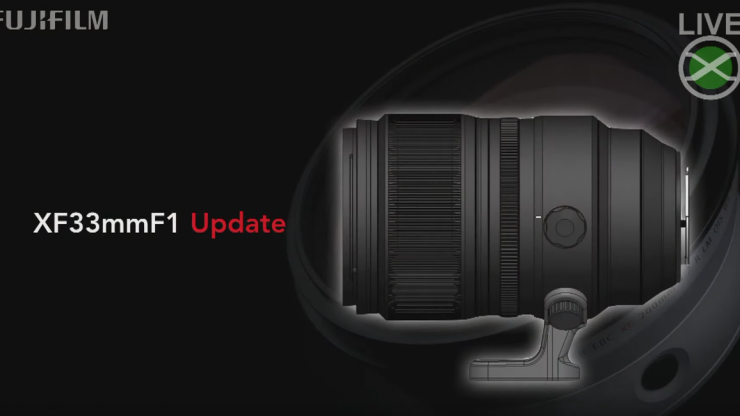 Fujifilm has scrapped their promised 33mm F1.0 X-mount lens in favor of a lighter 50mm F1.0.

Takashi Ueno, Fujifilm’s Head of Product Planning said that during the development of the 33mm F1.0 they came to the conclusion that the lens was too big and too heavy to suit the X-mount system. Despite their best efforts, the 33mm prototype tipped the scales at 1.3kg (45.8oz). The lens was also very large as it featured 15 elements and would have needed to be used with a tripod foot.

After scrapping the 33mm, Fujifilm has instead decided to build a 50mm F1.0. The whole rationale for doing this is to keep the size and weight down. The 50mm F1.0 will be around 33% smaller than the proposed 33mm and Fujifilm hopes to get the weight down to below 900g.

I think that some die-hard enthusiasts would have been happy to live with the weight and size of the 33mm F1.0.