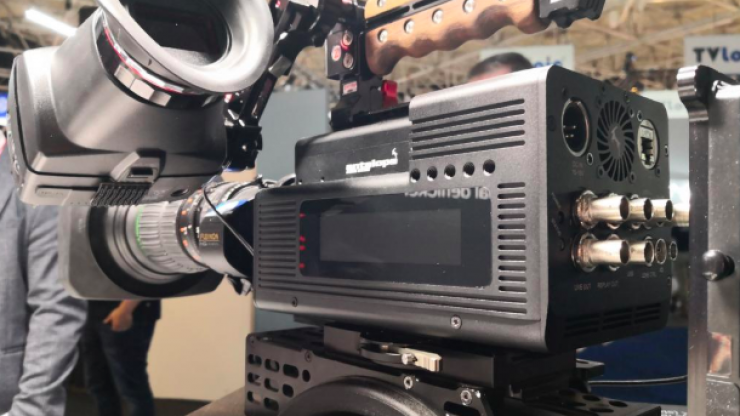 The new camera features an improved design and offers new features such as a touch screen display for changing camera settings quickly, as well as making slow-motion control directly available at the camera.

With increased adaptability, the camera now allows for quick and easy integration for various applications such as wireless handheld setups, cranes or speed rails.

In addition, the rugged housing is designed to provide ultra slow motion up 350 FPS in extreme environments. For the first time, Antelope is also launching a C-Mount version of the Antelope Compact Camera for tighter budgets and applications that require a smaller camera setup.

The Antelope compact camera utilizes two independent HDSDI Video output channels to deliver slow-motion clips and a continuous live stream at the same time. There is a permanent live output on the first channel while the second channel can be used for providing simultaneous instant slow-motion replays.

With a weight of 2.3 kilos, the camera can be used on cranes, steady-cam, rail systems, and remote heads. In combination with fast-moving rail systems or cranes. It is fully remote controllable via LAN or RS422 with the OCP and RCP.