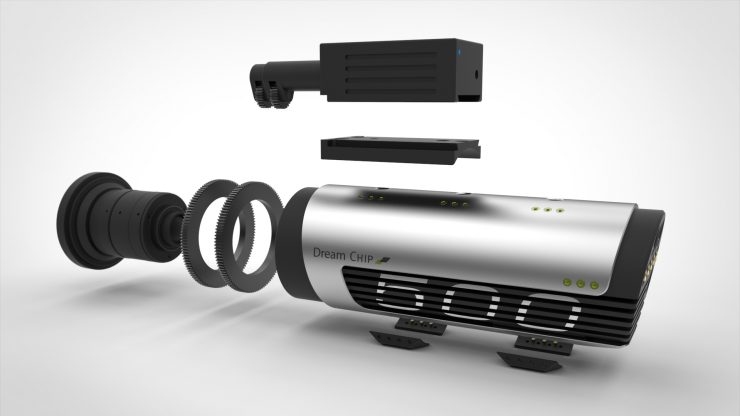 The ATOM one SSM500 is a full HD digital high-speed camera system developed by Dream Chip Technologies GmbH for the Broadcast Television Industry. The system is specifically targeting sports.

The camera weighs just 400g and it features a C Mount for attaching compatible lenses. The SSM500 uses a 2/3″ CMOS sensor with a global shutter.

The camera has the capacity to capture up to 500 frames per second in 1920x 1080 10-bit, or 300fps in 12-bit. Because of its size, the camera can be easily placed on a Polecam or over the basketball net. Users can connect the camera directly to their EVS system and control the slow motion with their standard work flow.

For small production or stand-alone applications, the camera also supports internal recording of up to 500fps for 60 seconds.

There is no information currently about pricing or availability, but the camera will be on display at IBC later this week.