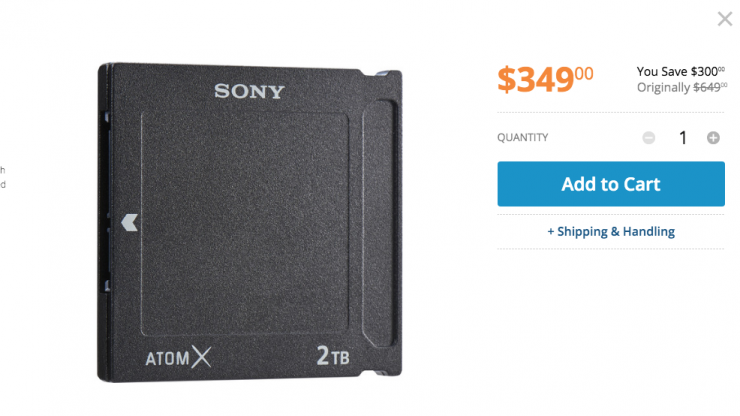 With ProRes RAW over HDMI capture just around the corner from both the Nikon Z6 and Panasonic S1H it’s probably a good time to stock up on SSD’s.

The AtomX SSDmini is designed specifically for the Atomos Ninja V recorder, but it works with most Atomos recorders (some recorders require an optional adapter). It supports sequential write speeds up to 500 MB/s and sequential read speeds up to 550 MB/s. The high write speed enables it to capture 4K footage in any of Atomos’ codecs without dropping frames. The read speed makes for fast offloading of material and smooth playback with no dropped frames.

The housing of the SSDmini is 20% shorter than conventional SSDs as per the Atomos design, which makes it a streamlined fit for the Ninja V.