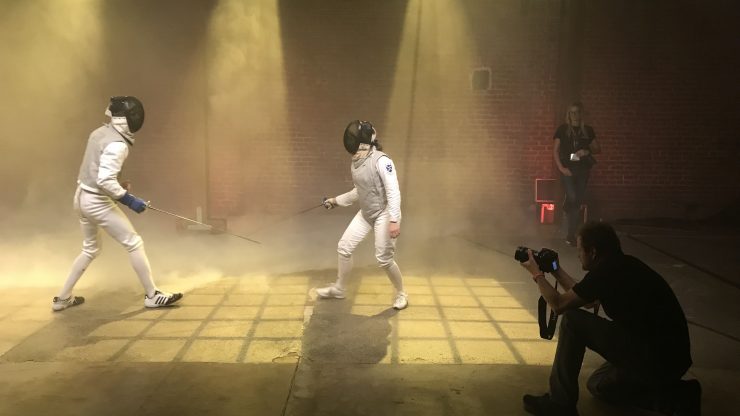 A week or so ago Panasonic announced the full specifications, pricing, and availability of their flagship full-frame mirrorless LUMIX S1H in Hollywood. We got to spend a short amount of time with a pre-production version of the camera.

Now, I need to be absolutely clear here, this is not any type of in-depth review or evaluation of the image quality. This is simply going to be my initial thoughts from what I found using the camera in a very limited capacity.

Some of my opinions could change once I get a chance to look at the camera more thoroughly.

This is probably what the majority of people are going to care about, so I’ll address it first.

I think the S1H certainly is a very capable camera that can get you good results, but it is not without its flaws.

My first impressions of the image quality of the S1H are mixed. Like most cameras in this price range, the camera looks nice in controlled lighting scenarios and in conditions that are favorable. Where I did notice that it seemed to struggle was in mixed lighting conditions. For me, this is what separates the lower end cameras from high-end digital cinema cameras. To be fair to the S1H, this also applies to quite a lot of other cameras that cost below $10K USD.

I also found that a lot of the images had noise levels that were higher than I was expecting when shooting V-Log, especially at the cameras 4000 dual native ISO. The VFR HD material at 180fps at 4000 ISO was also quite noisy.

Panasonic provided us with a camera for about an hour and a half so we could capture some shots. We shot some 5.9K, Anamorphic 4K 3328×2496, UHD 60p, and HD 180fps material. I haven’t applied any noise reduction to any of the shots you will see.

Panasonic had set up several scenes for us to shoot, but strangely they featured a lot of lighting that was hardly flattering.

I tried to stylize the grade of some of the shots to see how the vision held up. While you can push the images quite a bit, if you start trying to make drastic changes they will start to fall apart.

As one of the selling points is the anamorphic modes I also shot some material in 4K 3328×2496. Above you can see some of those shots. Now, I purposely wanted to shot some shots in a variety of different conditions to get a feel for how the camera reacts.

All the shots were done on an Atlas 40mm and 100mm T2 anamorphic.

One of the scenes Panasonic had set up was a mock dining room scene, but strangely it had lighting that was not very flattering to the female model. I graded this scene in a variety of different ways to see how the footage held up. One of the problems I have always found is that I sometimes find V-Log difficult to work with when you are grading images that were shot in mixed lighting scenarios. I’m sure a much more proficient colorist could obtain a lot better results.

Above you can see some vision taken in the 4K 60p.

I also wanted to see how the camera handled highlights so I positioned a subject on some stairs near a slightly open door. What I found was the highlights were clipping very harshly which is exactly what I saw when I was reviewing the EVA1. Above you can see that the highlights are hard clipping around 80-85 IRE and the roll-off is not as subtle as I would personally like.

While the camera has a good amount of dynamic range, out of the claimed 14 stops, 8 of those are below middle grey.

There also seems to be a slight highlight bleed in the blue channel when the camera is challenged. I’m not sure why this occurs, but it only seems to happen with the color blue.

Above you can see material shot in HD at 180fps. While the vision is certainly very usable, it isn’t as sharp as when you are shooting in other modes and it does show a lot more noise. What I do like is that the audio gets recorded when you are shooting In the HFR modes. This is very handy and a feature I wish more cameras would have.

For the most part, the usability of the S1H is good. The tilt and flip screen allow you to easily shoot no matter what angle you have the camera at, and the EVF is also nice.

The biggest downside for me is that you can’t punch in and check focus while recording. In some ways, this is almost forcing you to use an external monitor so you can do this.

Battery life is very good and the camera is nice to hold. I did find myself accidentally adjusting the shutter angle on occasion, as when I was holding the camera my thumb kept hitting the dial.

The menu system is good, but it could be better. I like how Panasonic has come up with a menu function that helps tell you what codec and frame rates are available at certain resolutions. It does this by a process of elimination.

The more options you filter, the smaller the number of results becomes until you are left with only the options that are possible.

As this is a video-centric camera I would have preferred to have seen Panasonic make a way where you could disable or not show all the stills menus when you are shooting video. This way it would make for a lot cleaner and more straight forward way of making changes.

The S1H does have a nice display you can bring up which looks fairly similar to what you would find on an EVA1 or Varicam LT.

You can make changes to these items by touching the screen, but that then takes you to another screen. It would have been nice to see a way where you could toggle around on this screen and make changes to your key shooting parameters such as ISO, shutter speed, fps, and white balance.

The IS works pretty well. While I would need to spend more time looking at how it performs to see how it compares to other cameras, it certainly allows you to capture pretty steady footage when shooting handheld.

The rolling shutter is pretty bad, especially shooting 6K in full frame. If you don’t want a lot of rolling shutter, it is much improved going to the S35 crop mode.

What you also need to keep in mind is the S1H has all the same still photography capabilities of the S1. This strong combination of still and video performance shouldn’t be overlooked.

It will be interesting to see if this can be improved at all because I personally feel this is the cameras, Achillies Heel.

The autofocus also works when shooting in high frame rates.

At the Hollywood launch event, I got a chance to sit down with Mr.Yosuke Yamane, Director of Panasonic’s Imaging Network Business Division.

I wanted to ask him about how long the S1H has been in development, what the technical reason behind why it can’t do 4K 60p in 422 10-bit using the full frame, why 6K and not 8K, and if they were working on a RAW output.

My initial impressions of the S1H are mixed. I think it is a good camera, but like every camera, it has its flaws. I think a lot of this has to do with how much today’s cameras tend to get hyped up with tease announcements. These teases arguably have the effect of setting high expectations that sometimes are not always met.

The image quality is good when you don’t put the camera into situations where it is forced to work hard. In mixed lighting conditions and scenes where you would like to have nice highlight roll off it is going to struggle a bit if you are comparing it to a much more expensive camera.

I did find some of the images noisy, despite the camera having a dual native ISO.

Usability, for the most part, is good, and it’s nice that you get unlimited recording times. I like how you can hot-swap cards during recording, and that the camera uses SD cards.

The battery life is really good. The menu system could be improved, but for the most part it will get the job done.

The autofocus isn’t good and the rolling shutter might be a problem for some users.

Despite its flaws, I think Panasonic has set the bar fairly high for what you should expect out of a high-end full-frame mirrorless camera. I look forward to getting hold of a production version of the camera for a full review.