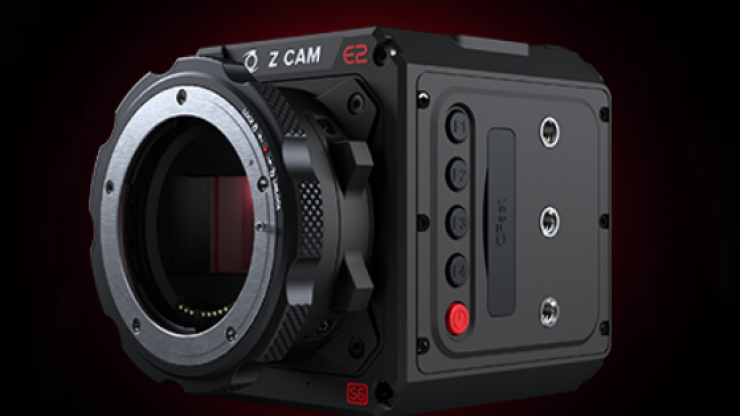 The 6K S35 E2-S6 was originally listed for $3,995 USD, but before the camera has even started to ship, Z Cam has knocked $1,000 USD off the price. This is undoubtedly to do with market pressure. With the recent launch of the BMPCC 6K and the S1H, Z Cam now faces very stiff competition in the ‘affordable’ 6K digital cinema camera space.

Z Cam makes some interesting cameras, and Erik has already reviewed the E2 and he is in the process of reviewing the $799 USD E2C.

The sensor has dual ISO – low ISO is rated at 400 and high native ISO at 1250. Z-Cam is claiming a dynamic range of 14+ stops – they’re still optimizing image however so that’s not a final figure.

As with the existing model, the E2-S6 will record internally to a CFast 2.0 card. The camera is powered from an L-series battery or via the included AC adapter. An optional cable enables syncing two E2 cameras together, and the system supports syncing up to 100 cameras. The camera supports recording in ProRes 422 in 10-bit, as well as h.265 and h.264 codecs. You can also record in Z Cam’s own RAW format.

You can also use an iOS app to control the camera and to view a live image preview over USB-C.

Remote control over the web

There’s also an open API and an SDK, so if you’re technically minded you’ll be able to develop your own applications to both control the camera and make use of the live video feed over IP. For manual control there are also some actual buttons along the front edge of the camera.

The 6K and 8K cameras will be available in EF/PL or M4/3 mounts, the better to make the most of the resolving power of larger EF and PL lenses.

Will it still be a tough sell?

As I mentioned earlier, there is intense competition at this end of the market and it’s going to be hard for Z Cam to compete. The BMPCC 6K has undoubtedly stolen a lot of the E2-S6’s thunder as it is already available and it is $500 USD cheaper. While both cameras are quite different in terms of their form factor, they are both going to attract the attention of buyers looking for an affordable 6K S35 camera.

The Z Cam E2-S6 is scheduled to start shipping in October.

What do you think of the Z Cam E2-S6 price drop? Would you consider buying this camera? Please let us know in the comments section below.