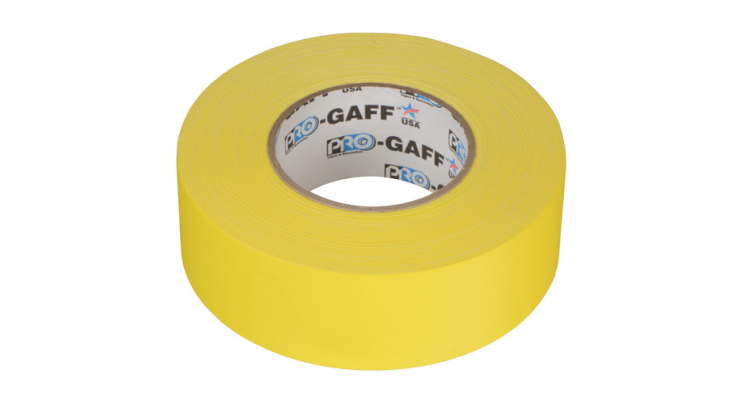 Bake a cake, blow out some candles. Gaffer tape is celebrating its 60th birthday.

We have all used Gaffer tape. If our industry Gaffer tape is the most commonly found accessory on any film set. Its versatility extends far beyond just putting some tape around a cable to secure it to a stand or the floor.

Gaffer’s tape is a heavy cotton cloth pressure-sensitive tape with strong adhesive and tensile properties. Gaffer tape shouldn’t be confused with duct tape, they are two completely different things. Gaffer tape is made from fabric as opposed to vinyl or other plastics. The adhesive backing is more resistant to heat and it was designed to be removed without damaging the surface to which it has adhered too.

This is the whole reason why it was invented. It allowed gaffers to tape down cables on a stage or other surface to prevent tripping hazards or to conceal them from view of the audience or camera.

Where did the name come from?

The precise origin of the name is a mystery. But, it is likely that it was named after, you guessed it, a gaffer (chief lighting technician)!

Gaff tape was invented in 1959 by Ross Lowell. If the name Lowell sounds familiar, it should. Ross Lowell was not only a director and cinematographer, but he was also the founder of Lowel-Light.

The Lowel TOTA used to be a staple part of my lighting kits back in the day before LED lights came along.

Lowel was the cinematographer for the Academy Award-winning short A Year Toward Tomorrow (1966), and he won an Academy Award for Technical Achievement in 1980 for his compact lighting system.

Lowell adopted the adhesive properties from Johnson & Johnson’s Permacel tape, also known as duct tape, and placed them on a silver fabric, and that’s how Gaffer tape was born.

Ross Lowell passed away at the age of 92 earlier this year, 60 years after inventing Gaffer tape.