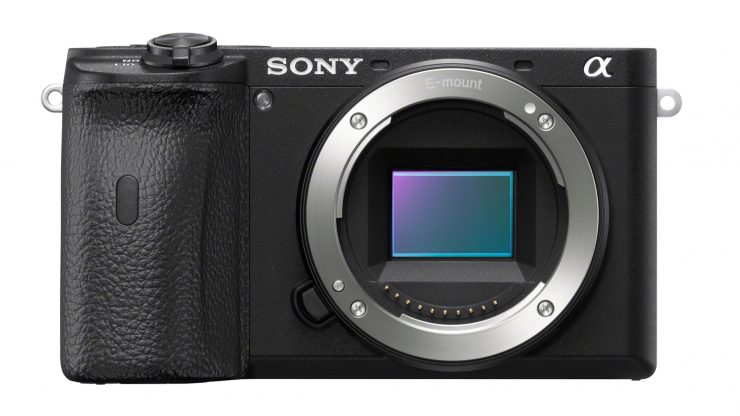 Both the Sony a6600 and Sony a6000 have 24.2-megapixel image sensors, 4K video capability, built-in timelapse intervalometers, flip screens, and microphone input. The a6100, unfortunately, lacks a headphone jack just like the a6000.

Of the two new cameras, the Alpha 6600 camera is the more advanced model, while the Alpha 6100 is targeted at users who are looking to produce high-quality photos and videos with an interchangeable lens camera. Both cameras have the same 24.2MP Exmor CMOS sensor with the latest BIONZ X Image Processor and a front-end LSI implemented in Sony’s full-frame cameras. Sony claims this trio combines to deliver all-around enhancements in image quality and performance across all areas of photo and video capture.

The Alpha 6600 and Alpha 6100 offer a very fast autofocus acquisition time of 0.02 seconds. With 425 focal-plane phase-detection autofocus (AF) points covering approximately 84 percent of the image area and 425 contrast-detection AF points, the high density and wide coverage of the AF system ensure reliable AF, even in the most challenging light conditions.

Both new models benefit from Sony’s ‘Real-time Tracking’ which utilizes Sony’s latest algorithm with Artificial Intelligence-based object recognition to ensure that subjects can be captured with improved accuracy, even via the touch panel on the rear screen.

In addition, the new models offer ‘Real-time Eye AF’, the latest version of Sony’s Eye AF technology. Real-time Eye AF employs AI-based object recognition to detect and process eye data in real-time, resulting in improved accuracy, speed and tracking performance of Eye AF for both humans and animals. The Alpha 6600 also offers Real-Time Eye AF in video. When activated, the eye of a subject is automatically tracked with high precision and reliability.

Both cameras can shoot 4K video, and include a microphone jack and flip screen that allows for easy framing and shooting of vlog-style content.

The Alpha a6600 and Alpha a6100 both shoot internal 4K video in Super 35mm format with full pixel readout without pixel binning, to enable them to capture approximately 2.4x the amount of information required for 4K movies. This oversampling results in a much better image. Both cameras use the XAVC S format. The Alpha a6600 also offers HLG (Hybrid Log-Gamma) picture profile that supports an Instant HDR workflow. Recorded movies played back on an HDR (HLG) compatible TV. Both cameras also offer S-Log3 and S-Log2 Gamma profiles.

The new Alpha 6600 will be available in November

The Alpha 6100 will be available in October

As you can see the a6600 is almost twice as expensive as the a6100 due to more features added. The main difference of the A6600 over the A6100 and A6400 has a five-axis IBIS image stabilization. It also adds a headphone jack. The a6100 also has a lower-resolution EVF, with 1.44 million dots and no HDR video and Real-Time Eye AF for video.

Like the A6400, the A6600 has a 2.36 million-dot electronic viewfinder and a top ISO of 102,400. It also utilizes the much improved Z-series battery. as opposed to the low performing W-series battery. This alone is worth the upgrade.

The body of the a6600 is also more durable with its magnesium alloy top, front and rear covers, as well as a magnesium alloy internal frame, and resistance to dust and moisture. The grip is larger as well.

My take on the a6600 is Sony wants to compete with the popular Fujifilm X-T3 APS-C camera. It has a few features we all wanted in the X-T3 namely IBIS. This is a big one as having in-body stabilization is really great especially since Fujifilm’s current lens lineup lacks IS on the key lenses you would want to use for video capture. Also, Sony is getting really good at AF in video. While the X-T3 is better than most it certainly has room for improvement.