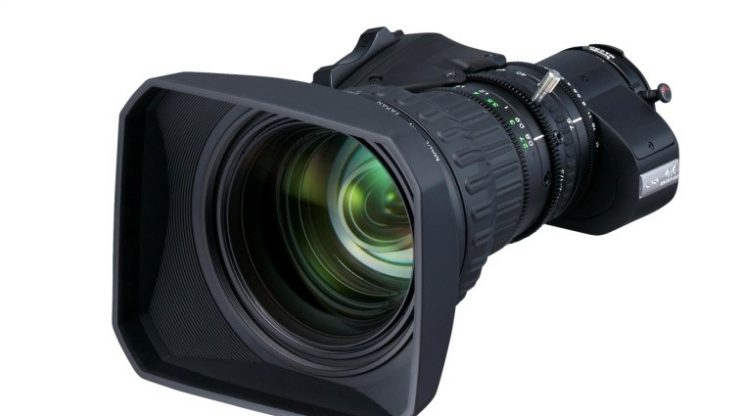 The new UA18x7.6 is a lens designed for a range of applications, including news-gathering, sports, house of worship, and entertainment production. The F1.8 lens features a 7.6-137mm focal length plus a 2x extender, and it weighs 1.58kg (3 ½ lbs).

Fujifilm will begin delivery of the UA18x7.6 in September 2019. There is currently no indication of pricing.

The UA23x7.6 is an economical F1.8 UHD telephoto zoom for studio and field production. It has a 23x zoom range of 7.6-175mm plus a 2x extender and weighs 2.17kg (4.2 lbs). Both new UA series lenses have High Transmittance Electron Beam Coatings (HT-EBC), as well as the same HDR and 2/3-inch 4K performance as the rest of the UA series.

The two models contain Extra-Low Dispersion (ED) and fluorite lens elements to control various types of aberrations to achieve amazing sharpness. The company’s unique multi-layer coatings (High Transmittance Electron Beam Coating) help achieve rich tonal gradation to produce 4K video of astonishing quality. These 4K lenses will improve the performance of an HD broadcast camera. That means users can make effective use of their existing broadcast equipment in achieving results of greater image quality, and at the same time be prepared for the future of 4K.

The UA23x7.6 will ship in October 2019. The addition of these two new lenses expands Fujifilm’s 2/3-inch UHD broadcast lens lineup to a total of 13 models.