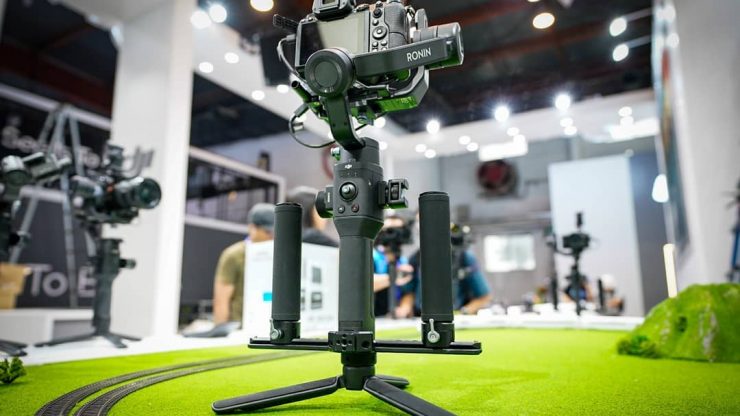 BIRTV 2019 has just kicked off and DJI has announced a few more accessories for the Ronin-S & Ronin-SC.

We don’t have too much information as of yet but what we do see in the photos posted by DJI’s Paul Pan is the recently announced Switch Grip Dual Handle for the Ronin-S, a new counterweight system, a NATO monitor mount, and an L bracket.

The NATO monitor mount was shown when the Switch Grip was announced. Since it uses a NATO mount, you could use it on any other accessory that uses this standard but DJI has designed it to work perfectly with the middle mount, or on the handles themselves as they also use the NATO standard. The articulating of the mount looks to be friction-based.

Finally, a new L-Bracket accessory lets you mount your camera for portrait orientation. From the photo, it does look like to have some sort of ARCA-Swiss dovetail with various threaded points for attaching other plates. While shooting portrait may not be too common, it may come in handy when doing time lapses or other programmed moves with the gimbals.

Once we have more information we will update this post with pricing & availability.