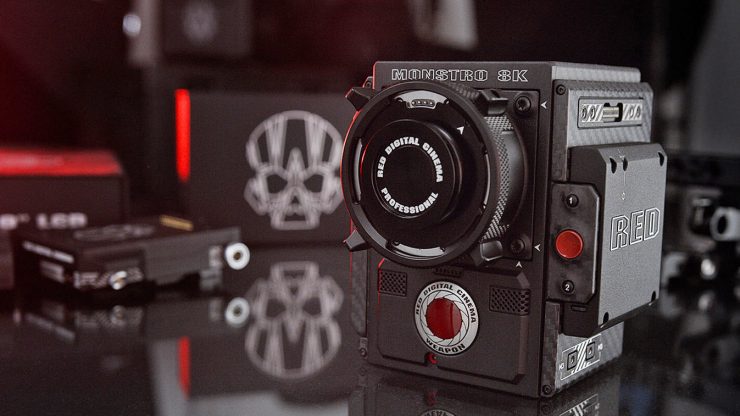 Apple filed two petitions with the US Patent Office that RED’s Rawcode patent for recording RAW internally is invalid and not patentable. The story was broke by EOSHD.com today.

I’m no lawyer but I do know Apple is a huge company and if they want to use Raw for internal recording or stretch ProRes Raw out more Red would have to allow it and be compensated for it or change the way they implement RAW much like Blackmagic has done with BRAW.

The legal conclusions if Apple wins could open up the use of the exact same RAW RED is using only without licensing the technology. Any camera could then record the exact same RAW codec internally. This is a big deal since most if not all the camera manufacturers don’t like to license codecs and usually create their own. Hence why we have so many and this makes it difficult for NLE’s to deal with.

Blackmagic Design’s BRAW gets around the patent due to its implementation of partial debayer. This will be a big fight in court and if RED loses it will be a major blow as RED Code is one of the big advantages to the RED camera lineup.

“Apple claims there is no evidence that the inventors contemplated the specific disclosure of “output[ting] the raw mosaiced image data at a resolution of at least 2 k and at a frame rate of at least about 23 frames per second.” Support for this is completely absent from the ’196 provisional application RED the application on April 11, 2007 filing date.”

“Instead, the ’196 application describes decompression and demosaicing algorithms, but does not disclose image resolution or frame rate parameters, let alone a camera system capable of meeting such parameters.”

I reached out to Jarred Land, President of Red Digital Cinema and he stated the following.

This is standard operating procedure for patent holders. It’s not the first time someone has challenged the Redcode patents and each time our patents have held fast. Red fully anticipates its patents will be held valid again.

We have a fantastic relationship with Apple and as they publicly announced in June we continue to work on incredible things with them.

I did state to Jarred that I felt it was odd that Apple is challenging them and what would be the reason for the claim. He stated that he couldn’t discuss this as it’s confidential.

What does Apple want to do with RAW?

My next question is what does Apple want to do with RAW? I mentioned earlier that ProRes Raw is only offered on Atomos recorders recording externally over SDI and HDMI. The external part is important as the patent doesn’t allow internal recording with RAW. Apple might want to offer Raw on the iPhone or another camera. Who knows really. My gut feels it’s related to ProRes Raw in some fashion.

The court filings are available to read.

I reached out to Apple Inc. for comment and have not received a response. If I get one I will update the post.

While this all sounds big and yes it could be parties do challenge patents frequently because they don’t want to pay for their use or get access to them altogether. Patent holders can refuse to allow a company to use what is rightfully theirs. What makes this interesting is it’s Apple is filing the petition and what they want to do with Raw. It’s all interesting and we will be following the story.