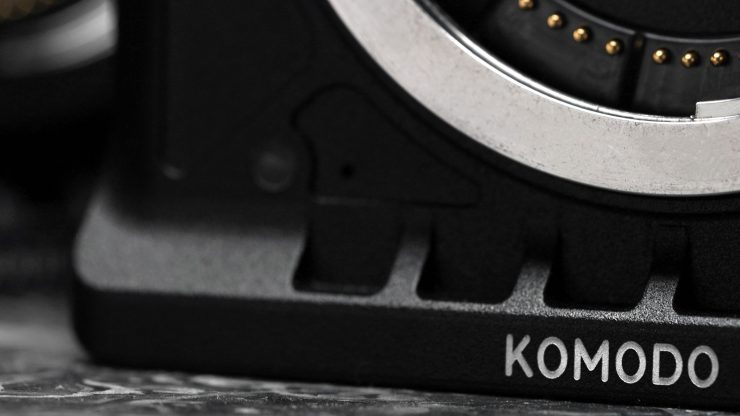 It seems RED are continuing to try and make people forget about the Mini Mag controversy with more cryptic product announcements. Fresh off the heels of the Hydrogen 2 announcement, RED is now hyping up Komodo.

Komodo was mentioned during Jim Jannnard’s Hydrogen Two announcement, but nobody outside of RED’s inner circle seems to know what it actually is.

To further confuse people, Jarred Land has taken to RED USER to essentially say what Komodo isn’t. Huh? That’s like Breville making an announcement about a new product and then saying it’s not a toaster, it’s not a convection oven, and it isn’t used for vacuuming your house.

The only thing that does seem to be confirmed is that the CFast photo that was posted last week is part of Komodo.

Anyway, this is what Jarred said on RED USER:

“I told everyone that I wouldn’t reveal Komodo until it was ready.. There still is a bunch of time before the first batch starts shipping towards the end of the year and everything can and probably will change.

Jarred goes on to say:

“O.. and since Komodo is alive and breathing and you will probably see it pop up over the next few weeks and months in the hands of some very talented people banging on it to try and break it… I guess I can at least leave you with this……“

‘This’ refers to the above image.

If I was to guess, and this is just pure speculation, I would say that Komodo is going to be some sort of Z Cam competitor. Probably S35, probably limited resolution (4,5 or 6K), Canon RF Mount, CFast recording, headphone, and a 3.5mm audio jack. I would also think that monitoring and control will be done through either the Hydrogen One or Hydrogen Two.

An RF mount makes a lot of sense, especially since you can use it in conjunction with the Canon Drop-In Filter Mount Adapter EF-EOS R with Variable ND Filter.

I’ll leave it up to you in the comments section to try and decipher just what Komodo is.