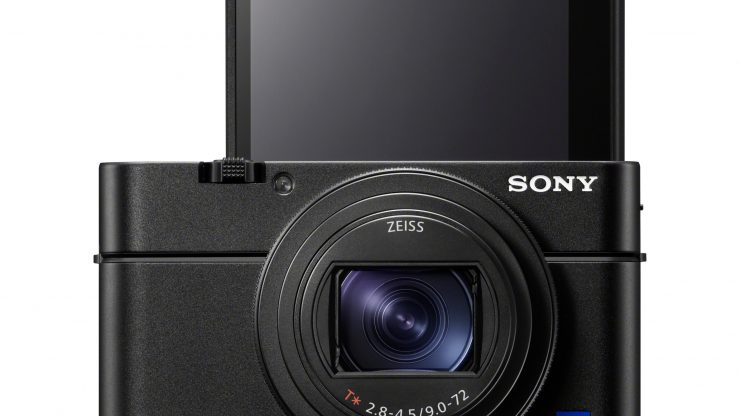 Today Sony released the updated RX100 VII with an all-new 1.0-type stacked 20.1 MP Exmor RS CMOS image sensor and the latest-generation BIONZ X image processor, which work together to deliver autofocus and speed performance that Sony claims have never before been available in a compact camera.

The RX100 VII offers a 357 focal-plane phase-detection AF points and 425 contrast-detection AF points. In addition, thanks to a newly optimized lens drive control, Sony claims it’s the world’s fastest 0.02 sec AF acquisition speed. A major leap in AF/AE tracking performance during continuous shooting means the camera performs AF/AE calculations up to 60 times per second and is capable of capturing fast-moving action at 20fps with AF/AE tracking.

The image sensor is blackout-free for a completely live view, even when continuous shooting at 20fps; Sony says it’s the same experience as the Alpha 9.

The RX100 VII also debuts a new drive mode, Single Burst Shooting, for capturing high-speed shot at up to 90fps in JPEG/RAW format utilizing the anti-distortion shutter. Single Burst Shooting allows the photographer to frame fast-moving action and shoot as if taking a single shot, but the camera will actually deliver seven still images taken at 90fps, 60fps or 30fps, so the user can select the best image.

Real-time Tracking utilizes Sony’s latest algorithm, including artificial intelligence-based object recognition to ensure that subjects can be captured with accuracy, even via the touch panel on the rear screen. Real-time Eye AF, the latest version of Sony’s Eye AF technology, employs A.I.-based object recognition to detect and process eye data in real-time. This results in improved accuracy, speed and tracking performance of Eye AF for both humans and animals.

The RX100 VII weighs approx. 302g and it has physical dimensions of 102mm x 58mm x 43mm. This small size makes it a great option for taking on holidays, or just to carry around with you for those times when you need to grab a few shots.

It still does the exact same 4K UHD XAVC S recording at 100 Mbps. All the same frame rates and resolutions that were on the RX100 VI are exactly the same on the RX100 VII. There seems to be little to no desire from Sony to change codecs, bitrates, or resolutions on any of their mirrorless or point and shoot cameras.

There is nothing listed in Sony’s specifications that says whether there is or isn’t a recording time limit.

Battery life is still rated as only 40 minutes when shooting video. This is the same as on the RX100 VI.

Sony will also be introducing a Shooting Grip Kit (DSC-RX100M7G), which includes an RX100 VII and Shooting Grip (VCT-SGR1) that allows for easy recording and zooming right at your fingertips; Bracket with Accessory Shoe; and two Rechargeable Battery Packs(NP-BX1). Pair this kit with an external microphone (sold separately), such as the Sony Stereo Microphone (ECM-XYST1M) which mounts onto the bracket’s accessory shoe and allows for a convenient and simple vlogging setup.

Sony has also introduced a new leather-look body case for the RX100 series(LCJ-RXK), which includes a lens jacket and shoulder strap to protect the camera from bumps and shocks. Available in black, it provides easy access to the microphone jack and USB terminal, which enables charging and image transfers without the need to remove the case.

The RX100 VII Shooting Grip Kit will be available later in 2019 for approximately $698 US.

We seem to be seeing a pattern emerging with Sony when it comes to their mirrorless and point and shoot cameras. Make incremental improvements to existing products without adding a ton of innovation. Sony are not alone in doing this, we have seen lots of manufacturers in our industry doing exactly the same thing.

While there is certainly nothing wrong with the RX100 VII there just isn’t anything that makes it jump out and be noticed. I think in a way, as consumers we expect too much. Not every single piece of new gear released is going to wow us and bring new innovations and features.

If you are talking strictly about video features, you can’t expect hybrid cameras to have the same features as dedicated digital cinema cameras. If they did, there wouldn’t be a digital cinema camera market. You don’t buy a cheeseburger and the start complaining that it doesn’t have bacon, avocado, or come on a brioche bun.