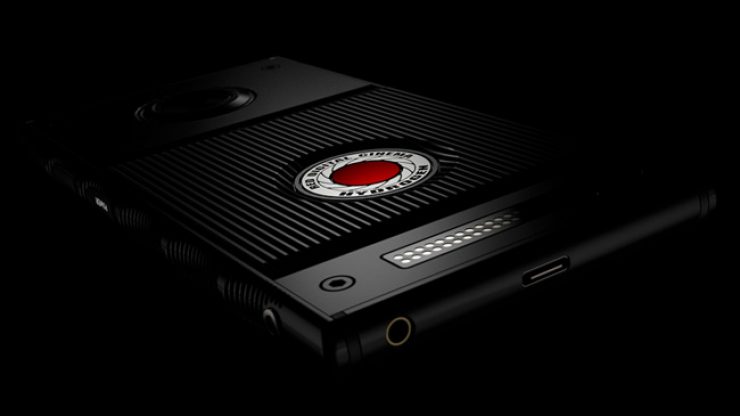 It seems as though a RED HYDROGEN TWO is on the horizon. With the recent RED Mini Mag controversy generating a lot of bad press, this announcement comes as no surprise.

Any good PR or marketing team will tell you that the first thing you do when there is bad press is to change the narrative. Between the sneak peek of a new RED product a few days ago and this announcement, that’s exactly what RED is trying to do.

Below is the full statement posted on H4V User:

While Oakley sunglasses and RED cameras were (and are) built in our own factories in Orange County, building a smartphone with challenging and new disruptive technologies at the RED factory just wasn’t possible given the competitive nature of the the market. We chose an ODM in China to prepare the HYDROGEN One for manufacture at Foxconn. While Foxconn has been fantastic, our ODM, which was responsible for the mechanical packaging of our design including new technologies along with all software integration with the Qualcomm processor, has significantly under-performed. Getting our ODM in China to finish the committed features and fix known issues on the HYDROGEN One has proven to be beyond challenging. Impossible actually. This has been irritating me to death and flooding our reactor.

For this reason, after months of vetting a new design to manufacture house, we have begun the work on the HYDROGEN Two, virtually from scratch, at a new ODM that is clearly more capable of building and supporting the product we (and our customers) demand. We also have put into place a new internal execution team along with world class design-partners that we have carefully selected. The HYDROGEN Two is being methodically designed and crafted to surprise and exceed expectations… again, just as you would expect from us.

Additionally, we eventually realized that the original camera module would have to change due to the fact our ODM was not going to competently complete the module that they committed and guaranteed to do. Our best option was to modify the program and bring it back into the RED house. We have completed the new and extraordinary sensor and redesigned the package. Jarred at RED will be posting about Komodo fairly soon. Its capability will vastly exceed the originally planned module. The HYDROGEN One and Two will integrate with this new camera. While it does not replace its big RED brothers, it will certainly be a complimentary camera for cinema grade images at the highest level at lower pricing.

We fully understand the frustrations of our customers since I am one as well. While issues have been the result of our original ODM’s short comings, we also understand that customers solely look to us for their satisfaction. We remain committed to taking care of our customers the best way we can given all the circumstances. To that end, every HYDROGEN One owner will get significant preferential treatment for the HYDROGEN Two and/or new Cinema Camera model, both in delivery allocations and pricing.

HYDROGEN is still the most exciting project I have ever worked on. We continue to be committed to further advancing the “image capture in your pocket” device as well as providing the highest quality image capture devices to more people than ever before.
We are not done…

RED is claiming that HYDROGEN TWO is being built virtually from scratch, at a new ODM. RED has also installed a new internal execution team along with what they are claiming is world-class design-partners.

Jim says that HYDROGEN Two is being methodically designed and crafted to surprise and exceed expectations… again, just as you would expect from us. Isn’t this what they basically said about the HYDROGEN ONE when it was first being teased?

We don’t know too much more about HYDROGEN TWO yet, apart from the fact that it will feature a new sensor or module called Komodo. According to RED, HYDROGEN One and Two will integrate with this new camera. RED goes onto say that HYDROGEN TWO is not being designed to replace its big RED brothers, but that it can certainly be used as a complementary camera for cinema-grade images at the highest level at lower pricing.

Just what the actual camera modules will be and when they will actually materialize is still unclear.

Over on H4N User the news of HYDROGEN TWO received mixed comments; Here are just a few:

Don’t sugar coat it. A lot of H1 users have been screwed over by faulty manufacturing. This is why there is this big change.
I’m one of those affected by the lemon phones. So many things wrong with it. I declined sending it back in for a “repair” on the fingerprint sensor once I saw that some/many people were having multiple phones dies on them.
Poor QC. pure and simple.
How do you rebuild TRUST after this?
Seriously. I need to know. I grew up with a sociopathic mother.

Even with a Substantial discount I feel like I will be priced out of an upgrade. I feel like I got burnt buying the H1 so it’s going to be hard for me to make the step up. I guess I would have to wait to see how everything pans out.

What can I say? The RH1 has been the ONLY phone in my pocket since launch. I like it! Thank you Red Team!

Stunning news. Thank you.
H1 has exceeded every expectation I had and then some. Check out Holopix if you want to see the tip of the iceberg of stunning images and memories captured in H4V.
I personally can’t wait for pre-orders to open. Please let it be soon – don’t let the time it takes to be able to pre-order a Komodo drag on…

HYDROGEN ONE was nothing short of a disaster. Not only did it take forever to ship, but it received very critical reviews and it never got close to living up to the hype that RED had created around the product.

It will be interesting to see just what happens with the HYDROGEN TWO.