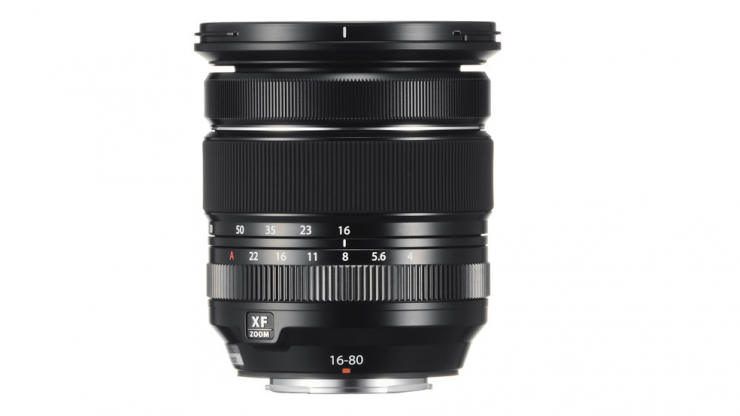 The XF 16-80mm F4.0 R OIS WR is a wide-angle to medium-telephoto with APS-C coverage for Fujifilm X-Mount cameras. The optical design consists of a trio of aspherical elements and one ED aspherical element that is claimed to help minimize a variety of aberrations in order to produce high sharpness and clarity. A Super EBC coating also is said to improve contrast and color neutrality by reducing flare and ghosting when working in strong lighting conditions.

Fujifilm states that the lens has a quick and quiet autofocus system along with a six stop-effective image stabilization system that minimizes the appearance of camera shake. The OIS can also detect when the camera is being used with a tripod and adjust its performance to provide optimum image quality.

The lens is said to have little-to-no-focus breathing, and a close focus ability of 14in (35cm).

The Fujifilm XF16-80mm F4 R OIS WR weighs just 15.5 oz (440 g) and is only 3.5in (88.9mm) long. This makes it approximately 40% lighter than similar, traditional 35mm system lenses. Additionally, the lens is fully weather-sealed for working in inclement conditions.

The optical design incorporates one aspherical element, which controls distortion and spherical aberrations in order to realize what Fujifilm claims is a high degree of sharpness and clarity. Balancing the optical attributes, the lens also utilizes a linear AF motor for quick and quiet focusing performance, as well as a manual aperture ring .

Additionally, the lens is also dust-, freeze-, and weather-resistant for use in trying environmental conditions.