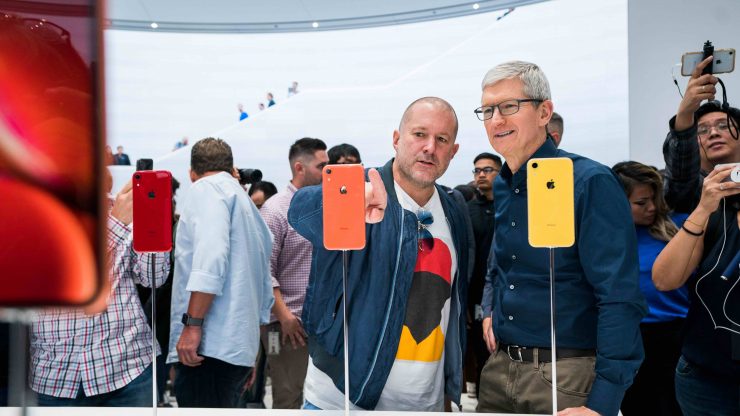 Apple has announced that Sir Jony Ive, Apple’s chief design officer, will depart the company as an employee later this year to form an independent design company which will count Apple among its primary clients.

Ive is leaving Apple after twenty-seven years to start his own creative business venture called LoveFrom.

“After nearly 30 years and countless projects, I am most proud of the lasting work we have done to create a design team, process and culture at Apple that is without peer. Today it is stronger, more vibrant and more talented than at any point in Apple’s history.”

According to Apple, while he pursues personal projects, Ive and his new company will continue to work closely on a range of projects with Apple. Just what Ive’s departure from Apple will actually mean for the tech giant is unclear, but based on Apple’s statement that they will be one of his primary clients, it is probably safe to assume very little will change.

Ive became a full-time employee of Apple in September 1992. His first major assignment in Apple’s industrial design group was the second generation of the Newton and the MessagePad. According to multiple sources, the initial design failures and lack of commercial success during the early 1990s prompted Ive to nearly quit on multiple occasions.

He became the senior vice president of industrial design in 1997 after the return of Jobs.

Jony was responsible for all design at Apple, including the look and feel of Apple hardware, user interface, packaging, major architectural projects such as Apple Park and Apple’s retail stores, as well as new ideas and future initiatives.

Since 1996, Jony has led Apple’s design team, which has been widely regarded as one of the world’s best.

Ive holds over 5,000 patents and has been recognized with numerous design awards, including the Design Museum London’s first Designer of the Year in 2003, the Design and Art Direction (D&AD) President’s Award in 2005 and the Cooper-Hewitt National Design Museum’s Product Design Award in 2007.

In 2012, D&AD named Jony and his team the Best Design Studio of the past 50 years. Their work is featured in the permanent collections of museums around the world, including the Museum of Modern Art in New York and the Pompidou in Paris.

Jony earned a Bachelor of Arts degree at Newcastle Polytechnic. As an undergraduate, he twice won the Royal Society of Arts’ prestigious Student Design Award, and years later the RSA awarded him the title of royal designer for Industry. He also holds honorary doctorates from the Royal College of Art, the Rhode Island School of Design and Northumbria University. A native of London, Sir Jonathan Ive was made a knight commander of the British Empire in 2013 “for services to design and enterprise.”

“Jony is a singular figure in the design world and his role in Apple’s revival cannot be overstated, from 1998’s groundbreaking iMac to the iPhone and the unprecedented ambition of Apple Park, where recently he has been putting so much of his energy and care.”

Design team leaders Evans Hankey, vice president of Industrial Design, and Alan Dye, vice president of Human Interface Design, will report to Jeff Williams, Apple’s chief operating officer. Both Dye and Hankey have played key leadership roles on Apple’s design team for many years. Williams has led the development of Apple Watch since its inception and will spend more of his time working with the design team in their studio.