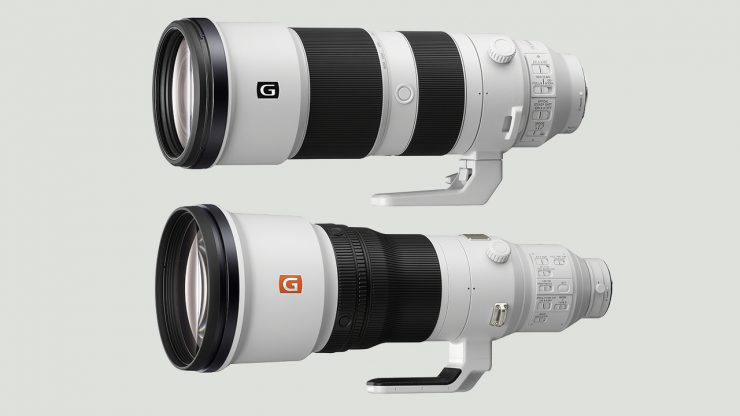 The lens is designed using 24 elements in 18 groups, including a large XA (extreme aspherical) and an ED (extra-low dispersion) element to minimise telephoto aberrations, plus three fluorite elements that help to minimise CA & colour bleeding. An 11-blade circular aperture helps to produce nice, round bokeh.

Multiple switches can be found on the body, as well as two customisable buttons near the focus ring. The toggles set the image stabilisation modes, full time DMF, focus limiters & function ring preset.

A drop-in filter slot is also accessible at the rear of the lens and accepts 40.5mm filters.

Priced at $1,998 USD, the FE 200-600mm F5.6-6.3 G OSS offers the same reach as the G Master 600mm but as a zoom lens with a variable aperture. It is designed more for amateur photographers, enthusiasts, and professional sports photographers.

The lens consists of 17 elements in 24 groups, including five ED (extra-low dispersion) elements & one aspherical lens to minimise chromatic aberrations. Like the 600mm G Master, it also has an 11-blade circular aperture.

Unlike the 600mm G Master, this lens does not have a rear filter slot.