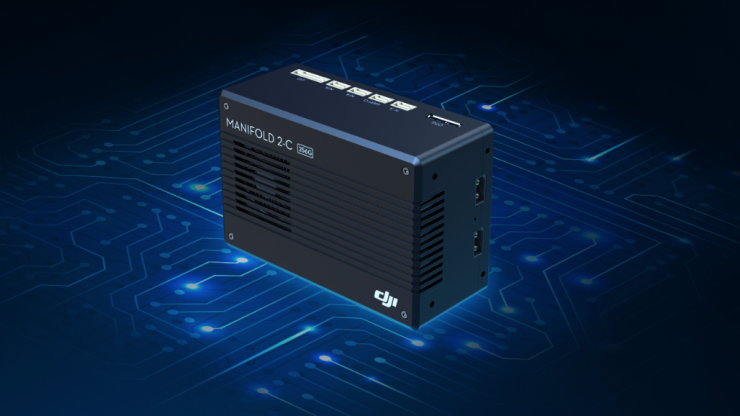 DJI has just announced Manifold 2, an ultra-compact onboard supercomputer for DJI drones designed with the next-generation of autonomous aerial robotics solutions in mind.

Manifold 2 replaces the original Manifold that DJI introduced way back in 2015.

With the additional compute capability of Manifold 2, users can process complex image data onboard the drone and get results immediately. Drones can also be programmed to fly autonomously while identifying objects and avoiding obstacles.

By empowering the drone to perceive and analyze in real-time, Manifold 2 opens new areas and capabilities and allows Automodality-equipped DJI Matrice 210s to autonomously fly where no one else has flown before, in GPS and radio frequency-denied environments where the most valuable and actionable data resides.

“Through partnerships with some of the industry’s leading computing companies and chip manufacturers, we are enabling DJI drones to become intelligent flying robots that can perform complex computing tasks and advanced image processing literally on the fly.”

What does Manifold 2 consist of?

Manifold 2 provides powerful intelligence for a variety of applications with the ability to choose between an Intel Core i7-8550U CPU or NVIDIA Jetson TX2 supercomputer on a module for AI at the edge.

Both versions are compatible with DJI’s enterprise drones including the Matrice 210 series and Matrice 600 series. They can be integrated into the drone’s internal systems and sensors using DJI’s software development kit, allowing for open customization and integration into the DJI ecosystem of software and hardware solution providers.

Manifold 2 is compatible with the following DJI products:

Each Manifold 2 includes USB, UART, CAN ports and more, allowing developers to link multiple Manifold 2 processors and build on top of them to transform DJI drones into specialized aerial robots for specific applications and industries.

While Manifold 2 is designed primarily for a myriad of different enterprise purposes such as site inspections, the technology could definitely be used for aerial filming where a drone needs to navigate in very confined or dangerous areas.

Autonomous technology is moving very quickly and who knows how long it will be before we start seeing drones that can make their own route decisions and even decide on what angle and positioning to take a shot from without any need for input from an operator.