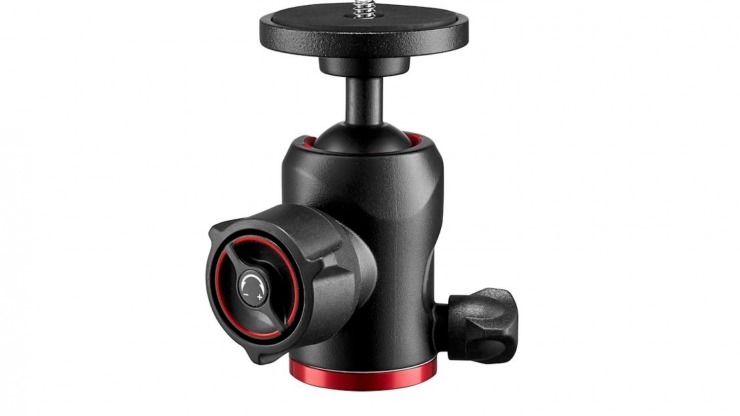 Manfrotto has announced the 494 Center Ball Head with Round Disc. The 4 94 is the latest addition to Manfrotto’s Center Ball Head family, and it’s designed to be a quick and easy solution when using DSLR or mirrorless cameras.

While it is certainly more suited for photography than video, it does look like a good lightweight solution if you are using a locked off DSLR or mirrorless camera for say an interview or a timelapse.

The 494 Centre Ball Head with Universal Round Disc is almost identical to the 494 Center Ball Head with 200PL-PRO Quick Release Plate, except it features a round disc instead of a quick release plate.

The 494 model is claimed to use a completely redesigned center ball head. It features a round upper disc that acts as a universal attachment which Manfrotto says ensures extreme solidity and grip between the 494 Center Ball Head and any medium-size mirrorless or DSLR camera.

The main knob and it’s integrated friction regulator is claimed to guarantee full gear control for a smooth, easy framing experience. Along the opposite side of the ball head, the independent panoramic knob moves the head horizontally to control panoramic shots while keeping all of its other settings firmly locked.

The 494 Center Ball Head with Round Disc is part of the Manfrotto 494 family that includes: