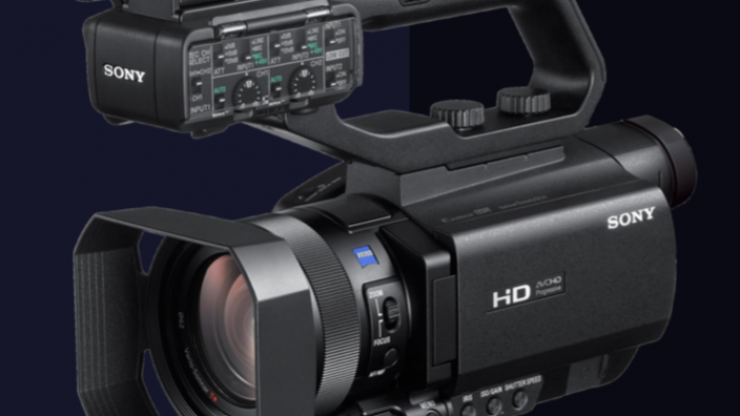 The HXR-MC88 looks like it would be a good solution for vloggers, in-house content creators, people wanting a simple BTS camera solution, or anyone who needs an all-in-one, compact, lightweight camcorder.

Sony has released plenty of HXR series camcorders in the past, including the 4K capable HXR-NX200. The HXR series is varied, with models featuring different sensor sizes, resolutions, codecs, features, and capabilities.

The HXR-MC88 looks to offer very similar functionality and performance to the Sony HXR-NX100 Full HD NXCAM Camcorder (USD $1,498.00) but it doesn’t seem to have the same integrated zoom lens that features individual lens control rings for focus, iris, and zoom.

The HXR-MC88 is certainly at the lower end of the series as it is only capable of recording HD in AVCHD. In saying that, it should be capable of providing decent imagery given it is using a 1” type Exmor RS image sensor.

We don’t yet have a price for the HXR-MC88, although I would expect it to cost under $1,000 USD. It is expected to start shipping in July.