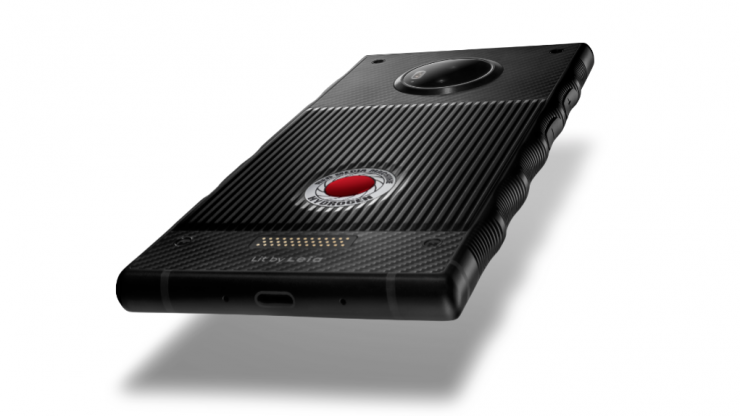 The RED Hydrogen One was announced back in May 2018.  The Hydrogen was marketed as a standalone, full-featured, unlocked multi-band smartphone operating on Android OS.

Perhaps the key feature that was enticing a lot of people to order was the future promise of modularity. At the time RED said:

HYDROGEN ONE is the foundation of a future multi-dimensional media system. The HYDROGEN SYSTEM incorporates a new high-speed data bus to enable a comprehensive and ever-expanding modular component system, which will include future attachments for shooting higher quality motion and still images

They went on to say “What we will have is a modular system that adds image quality well beyond any other camera short of our professional cameras. Remember that we have a lot of elbow room on this front. Our Weapon Helium sensor scored 108 on DXOMark.com That beat the Sony A7RII by 10 full points.”

Well, it seems that modularity may or may not still be happening. Over on it seems that several people inquired as to why the drawings and information about the POGO plugs/Modules had been removed.

This caused nothing short of a panic from Hydrogen owners. There was so much talk on the forum that Jim Jannard had to respond. Below is what he said:

Some have noticed that we have taken down the images of the 2D module from our website.

The reason for that is because we are currently in the middle of radically changing the HYDROGEN program. As I have said before, everything can and will change.

A series of obstacles and then new discoveries have given us the opportunity to significantly improve the entire program, not only for HYDROGEN but also for RED.

The changes create new opportunities to better satisfy the professional image capture customers as well as the casual consumer for the HYDROGEN program.

The RED team, led by Jarred Land, as of now will now be fully in charge of the professional image capture program for HYDROGEN and the HYDROGEN team is fully engaged on the new in-device image capture system. Both are major advancements to what was previously posted.
We are excited to share details as soon as we file the patents and lock down the changes and are all pretty excited about what is coming…

As a side note… all HYDROGEN customers will be “obsolescence obsolete” when buying into the new professional image capture program.

While I understand the post is a bit cryptic, there are a few misnomers out there already.

HYDROGEN One is alive and well… with more updates continually making it more powerful and better with each update. In fact, you can expect one of the most significant 4V updates in the next two weeks.

In the absence of clear messaging, the crowd goes crazy trying to fill in the blanks. We will post more info when we can, but we have things to clean up (patents for one) before we give out any more info.

One more clarification… “obsolescence obsolete” for HYDROGEN owners means that your H1 is NOT obsolete when the Pro camera version comes out. Not sure how this got twisted up…

As usual, the response was quite cryptic, but RED still looks to be pushing ahead with modules. The only real news here is that the Pro camera modules are now going to be handled by the RED team and not the team that looks after the Hydrogen.

Just what these Pro camera modules will consist of and be capable of is still a big unknown.

Some of the original patents mentioned that the image sensor is contained within a brain module and may be comprised of a variety of video sensing devices, including example, CCD, CMOS, vertically stacked CMOS devices such as the FOVEON sensor, or a multi-sensor array using a prism to divide light between the sensors. In some embodiments, the image sensor can include a CMOS device having about 12 million photocells. However, other size sensors or sensor technologies could also be used.

The Hydrogen not only didn’t ship on time, but it was also met with mixed reviews.

The Verge said, “RED HYDROGEN ONE REVIEW: ALL HYPE
It’s obvious this is RED’s first phone.”

Where does RED go from here?

The Hydrogen One, when and if it ever gets the Pro camera modules, could become a very interesting product. Being able to attach Pro camera modules to a smartphone base is pretty much why it was invented in the first place, the smartphone functionality is really just an add on.

As we all know RED is always constantly changing things and working at their own pace. The trouble with technology these days is that if you take too long to bring something to market then your product can easily be jump frogged by someone else.

Will this happen to the Hydrogen One? Who knows.

Do you think this product has a future? Let us know in the comments section below.