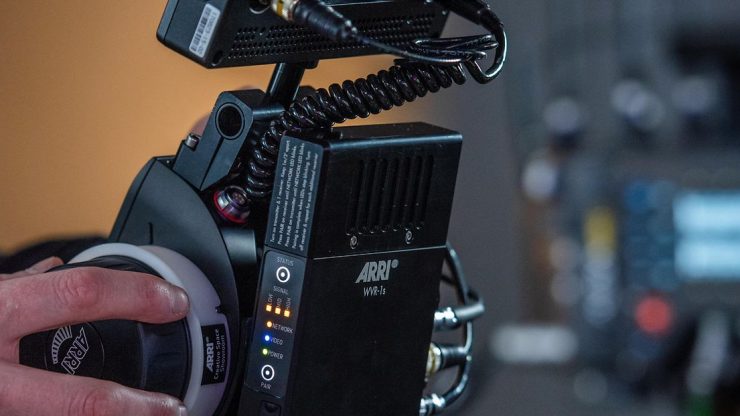 The WVR-1s is a smaller, lighter-weight counterpart to ARRI’s WVR-1. The WVR-1s can be quickly paired with the ARRI WVS transmitter and has an operational range of up to 150 meters/500 feet. It is easy to incorporate into a battery-powered hand-held viewing set-up.

In November of 2018 Vitec, with its Teradek, acquired Amimon, the supplier of the video transmission technology inside the Teradek Bolt and ARRI Wireless Video System (WVS).

ARRI and Vitec have teamed up to expand the ARRI WVS product line, with the latest addition, the ARRI WVR-1s.

The ARRI Wireless Video Receiver WVR-1s is designed primarily to allow focus- pullers and directors to remotely monitor footage as it is being captured. The WVR-1s can be quickly paired with the ARRI WVS transmitter and has an operational range of up to 150 meters/500 feet. The WVR-1s is built to ARRI’s high standards with a robust milled aluminum casing.

To increase handheld flexibility and reduce overall weight, it has integrated antennas, battery adapters for micro batteries, and an extra power out for a monitor.

Here is a sample setup with four cameras:

With the backing of ARRI’s global network of service centers, any downtime will be reduced to a minimum, and as the ARRI WVS is fully certified, operators can be confident they are always in compliance with local transmission regulations.

The WVR-1s is part of ARRI’s comprehensive WVS range, which includes both integrated and external transmitters, receivers, monitors, and a wide variety of associated accessories. The first shipments of the new compact receiver WVR- 1s are expected in May 2019.