The Xelmus Apollo 2x is a new range of anamorphic lenses that have been designed to be a more affordable option than say a Hawk V-Lite. With a growing appetite for anamorphic shooting, cinematographers are looking for lenses with unique characteristics.

Xelmus’ mission (sorry I couldn’t help the Apollo pun) is to provide cinematographers with the very best anamorphic lens experience. Xelmus is a young company that has only been around for 7 years. According to the company, they have tested out several anamorphic lenses over the years and come up with a lens that they believe is a good combination of optical performance and features. 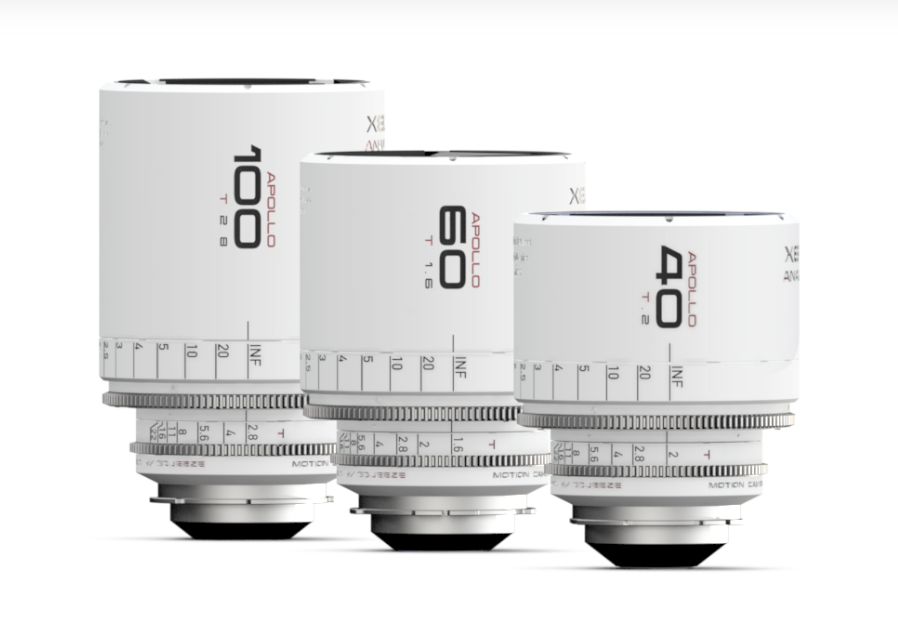 When Xelmus started working on a design for the Apollo Series, their main goal was to create a lens that has a unique anamorphic look, that’s easy to use, and features a consistent design through all of the lenses. Xelmus researched and worked through known anamorphic optical system designs to come up with their penultimate product. 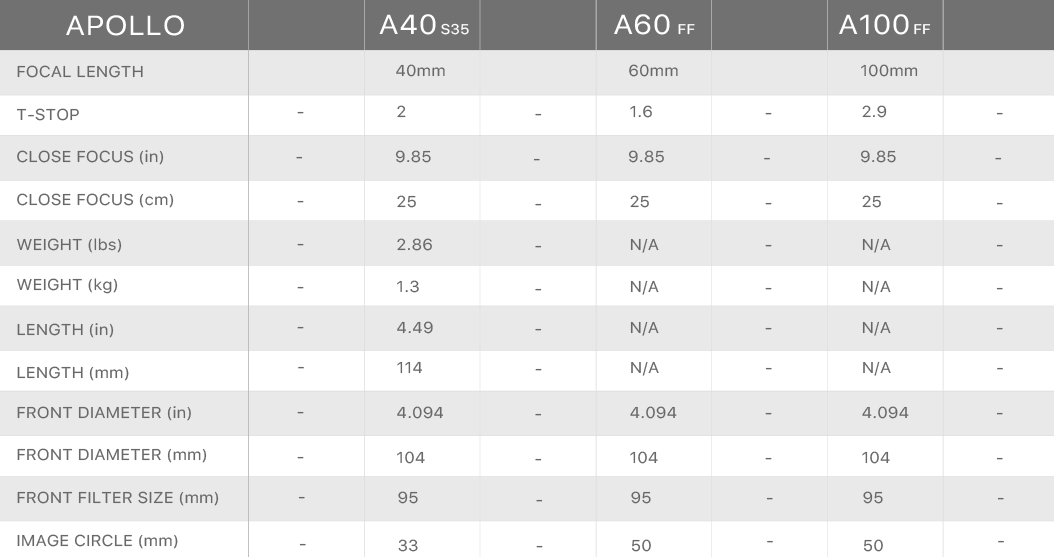 The 60mm and 100mm will cover full frame sensors.

The Apollo series is claimed to be compact, sharp, and optimized for distortion correction. The biggest reason most cinematographers use anamorphic lenses is because of their unique characteristics, so Xelmus has been very careful to make sure that the lenses have interesting anamorphic flares. The company spent a lot of time testing different coatings to get the most desirable flares. 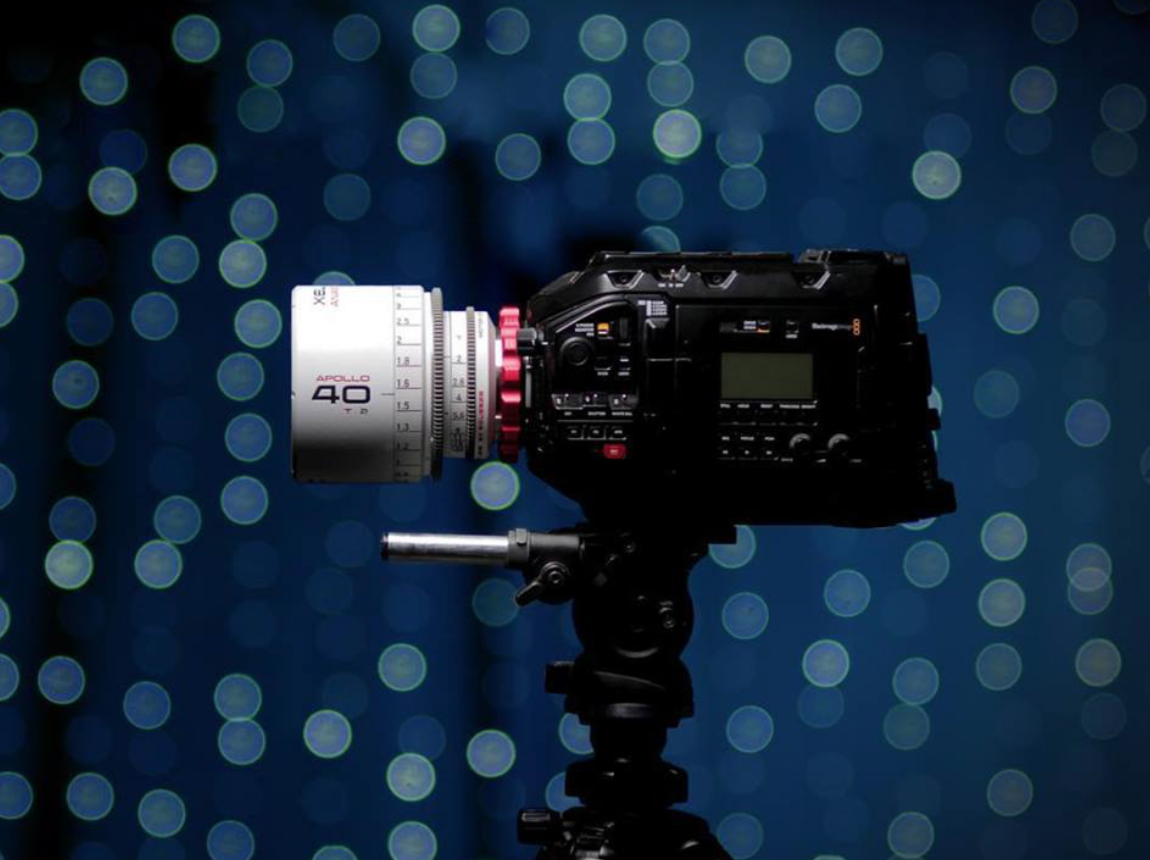 One of the main features of the Apollo lenses is the anti-mump system created in 1954 by Mr. Gottschalk from Panavision. The way the anti-mump system works is that when you are focusing from infinity to the closest focusing point, the image stretches only in a vertical direction (vertical breathing), while the horizontal axis stays locked. That’s how the focusing system works on the Apollo series.

Xelmus found that another benefit of using the anti-mump system was that they were able to decrease the minimum focus distance to below 1 foot. This is very unusual for an anamorphic lens. All 3 focal length focus at a ridiculously close 25cm (9.85″). 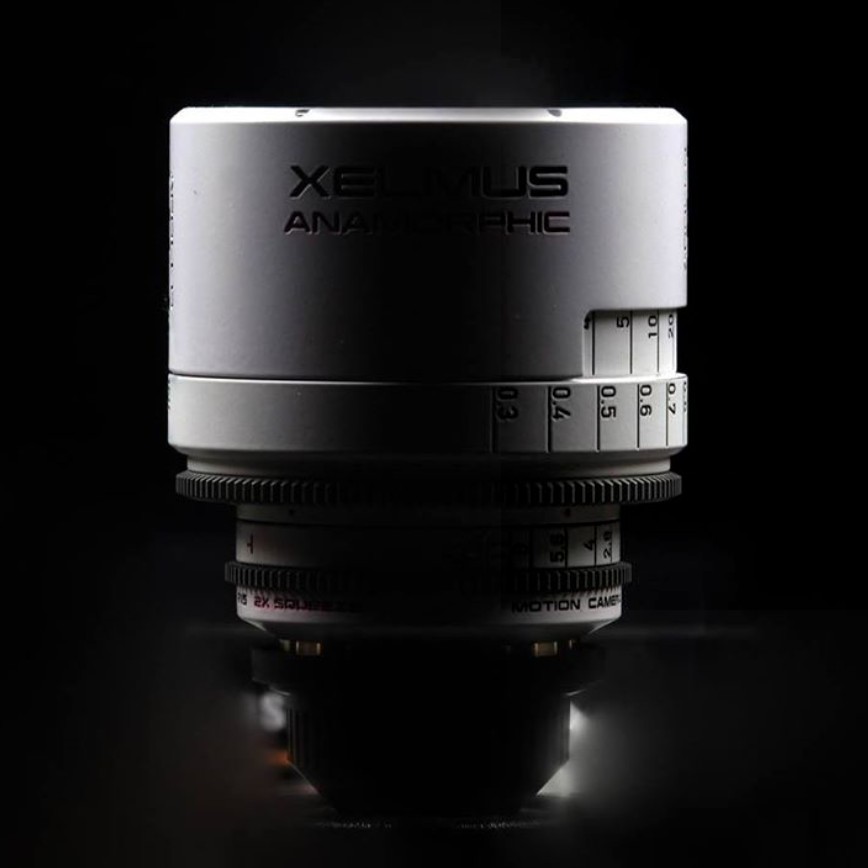 The Focus ring mechanics are a cam based design. They allow for a smooth focus rotation of 270°. The lenses feature a standard pitch module of 0.8 for both focus and aperture rings.

The Apollo lenses are white in homage to NASA and the space program.

There are lots of 2x anamorphic lenses available, but when it comes to independent anamorphic lens manufacturers, Atlas Lenses looks to be the main competition. Atlas has 6 lenses in their Orion series and they retail for between $7,999 – $8,999 USD per lens. 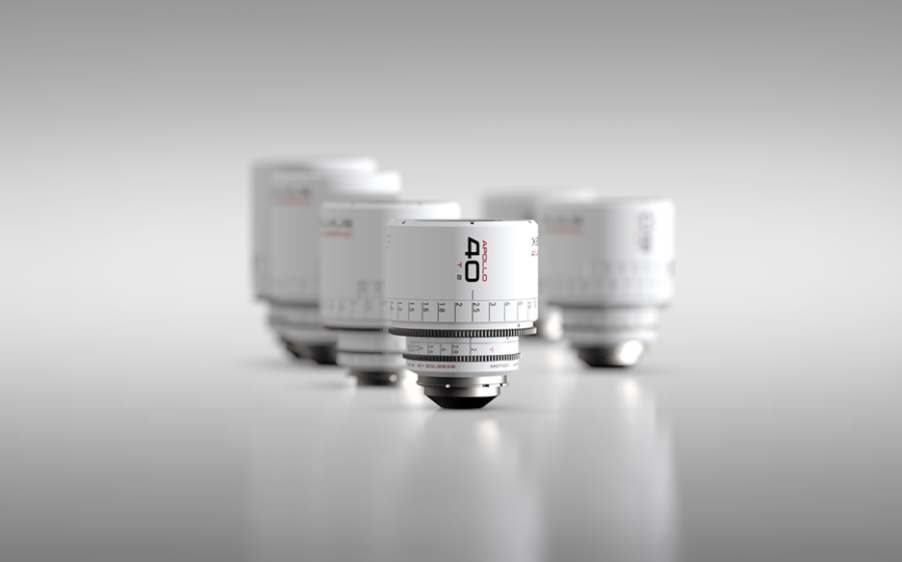 You can preorder the lenses through the companies website by paying 50% of the total price (all deposits are refundable). The cost of the individual focal lengths is $11,999 USD per lens. The 3 lens set is $35,997 USD. All orders made before April 2019 will be shipped out in October 2019.