Kyno 1.6 adds media back up and RED Raw support as well as more powerful workflows. A lot of the features that have been added to Kyno over the years are a direct response to feedback by users. It is nice to see a company work so closely with the filmmaking community and listen to their needs and wants. 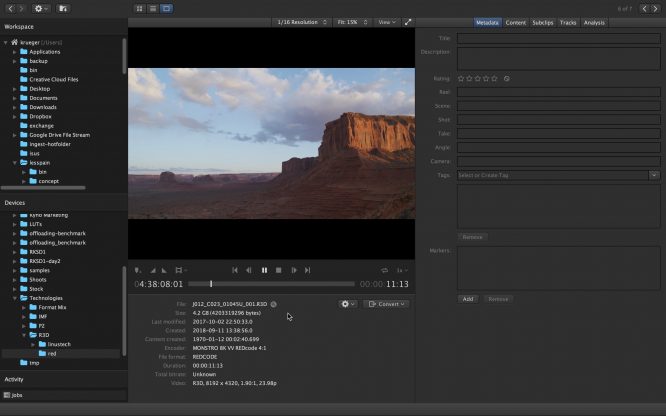 Kyno Premium users will now be able to work with material from RED cinema cameras and be able to preview, organize, log, transcode and transfer their RED footage within Kyno. This is a nice additional feature and further expands Kyno’s flexibility in being able to deal with a wide array of formats 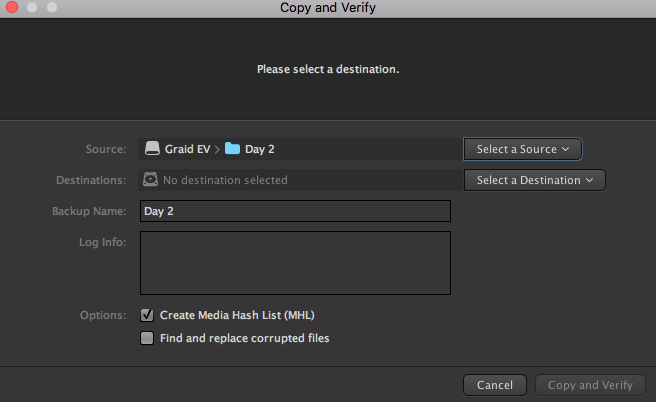 Checksum-verified backup of camera media (aka offloading) has been one of the most-requested features by Kyno users. Users of Kyno can now use the same application they use for on-set preview and organization to also make sure that their media has been secured bit-by-bit from their camera cards using industry-grade checksum verification using the media hash list (MHL) standard. This really does make Kyno a very multi-versatile program that can be used for so many applications.

I tried out this function and it worked well. It gives you an estimated completion time as it is verifying and backing up your media. You can also choose to back-up to multiple different hard drives at once.

The reality on the ground is that it is very common for teams to work on several copies of the same high-resolution material, sometimes in different geographic locations, all on removable drives instead of central storage. The new metadata export/import functionality allows those teams to collaboratively edit metadata like markers, tags, descriptions etc. and export the metadata for other team members to import and merge with their local metadata in a workflow that resembles a reconnect/relink step known from popular NLEs.

There is a new “Paste & rename” function that allows users to employ Kyno’s powerful naming engine in batch copy operations in one step. This makes the ingest process and post-shoot material organization even faster.

The naming engine now retains a global counter across naming/transcoding/export operations, making it easy to repeatedly apply a naming preset to a single file or multiple files with an incrementing counter. You can always reset the global index before applying the naming preset.

Kyno’s “next/previous” clip browsing functionality now retains player settings for audio track and playback speed, making batch review of your rushes as convenient as it should be.

Kyno 1.6 introduces integration with the collaboration and review platform Frame.io. This gives teams an efficient workflow for dailies review: screen, annotate, reduce material in Kyno and the ability to upload to Frame.io. This feature is currently only available on request for team sizes > 10, please get in touch directly with Kyno if you’d like to try it out.