I have recently learned that the Ushio ColourMax LED tubes might not be compatible with the Diva 400 fixtures due to the wattage of the tube bulbs. As of today, I’m not recommending purchasing these until I get clarity from Ushio.

I’ve been a Kino Flo Diva user for many years. They were my go-to light for a soft key. Slip on that Flozier and you have a broad soft source, however, in the past couple of years, I’ve moved to the Aputure 120d and 300d with the Light Dome or punching Litepanel Astra lights into a 4×4 or 6×6. Mainly for better output and color. Those Divas went pretty much unused.

Color accuracy with the Divas has been an issue and gelling to get those flos color accurate also knocks them down. I also always used the Flozier soft diffusion covers and while that does an excellent job softening the source the output really goes down a lot.

At the station, I work at we have four Kino Flo Diva 400’s that basically get very little use. I considered retrofitting them with Quasar Science tubes but the cost was really high and I felt I could get other fixtures that might work better for the same cost. Then I stumbled on these Ushio ColourMax LTT LED Twin Tube Lamp At only $29.88 each I can do a direct replacement with the Ushio ColourMax for only $119.52 US.

That’s a price worth taking a chance on. I went ahead and ordered four tubes. They come in 3200K and 5600K. I rarely shoot 3200K anymore so I picked up the daylight model. Our main studio is all Astras set to 5600K so when I shoot promos in the studio my lights have to match the set lighting as close as possible.

The tubes are not the exact same size as the Kini Flo tubes. They are a little bit longer however they fit perfect and install without any modifications. Unfortunately, they don’t fit in the Kino Flo ParaBeam models as they are too long.

Let’s test the color of the original Kino Flo tubes with the Sekonic C700 Spectrometer. 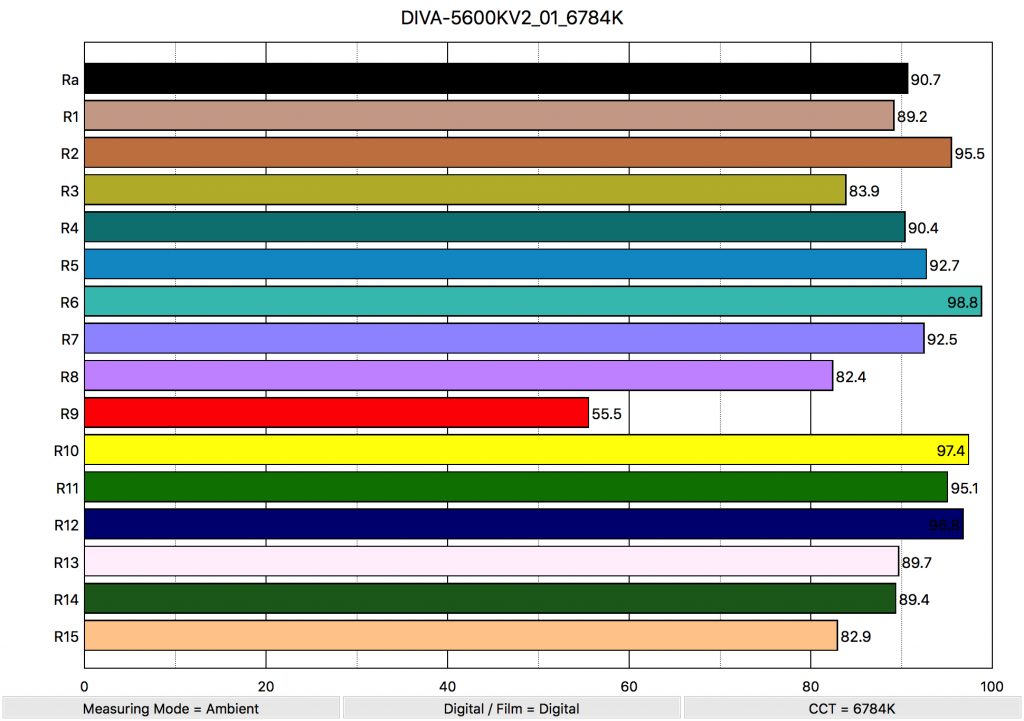 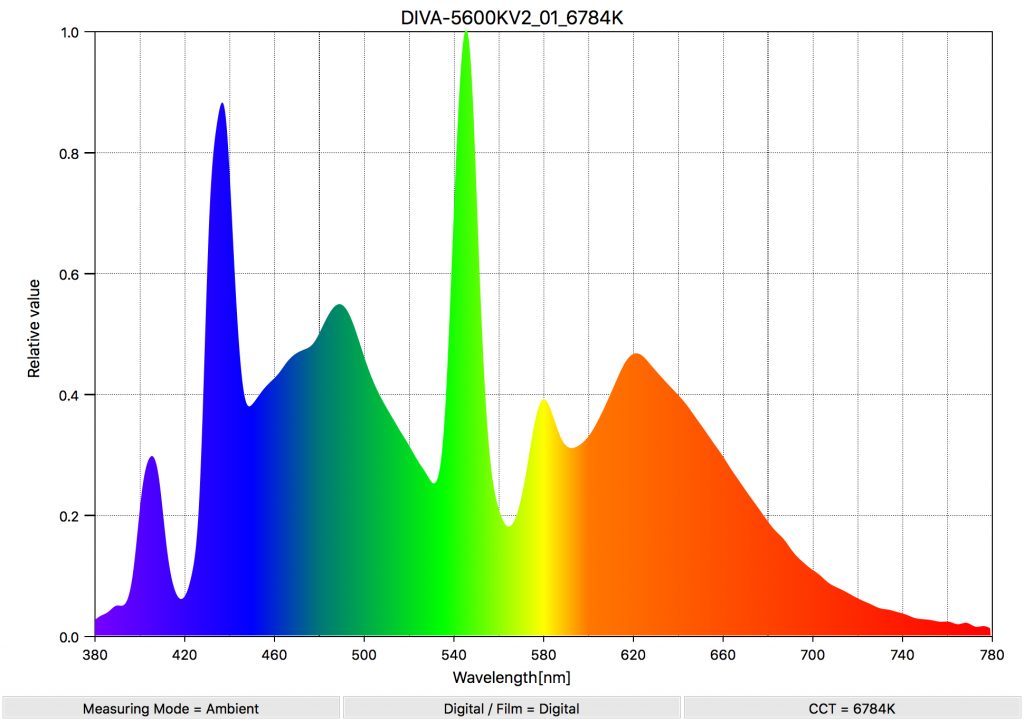 Say hello to a big green spike in the Kino Flo tubes. Lots of peaks and valleys.

Let’s see if the Ushio LED’s are better than the Kino Flo fluorescence tubes. Again tested with the Sekonic C700 Spectrometer. 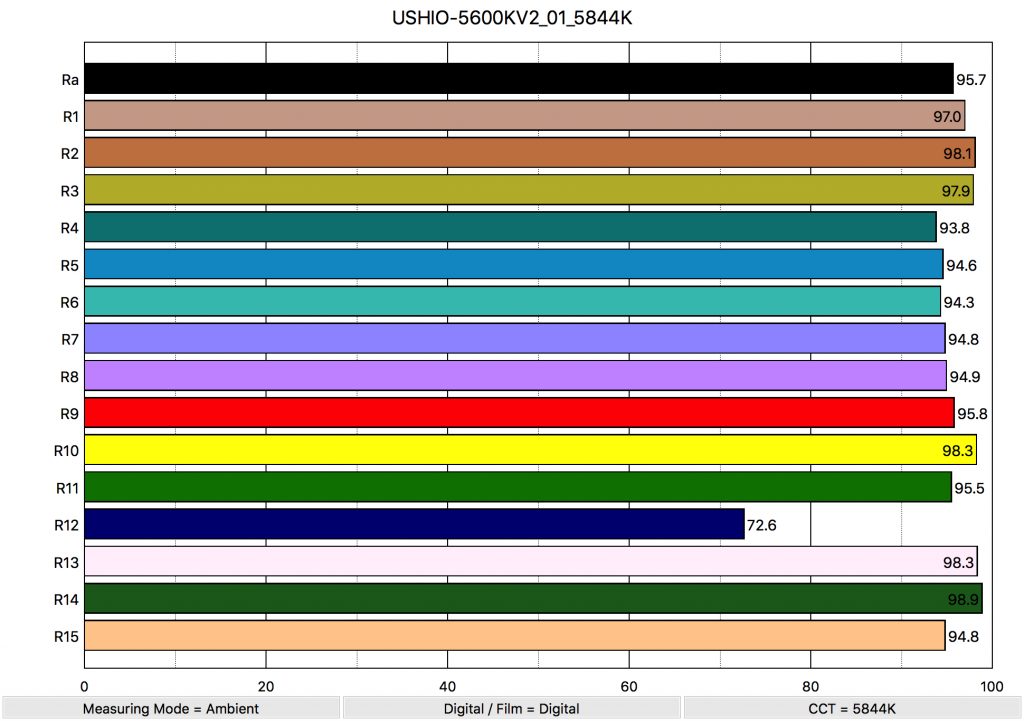 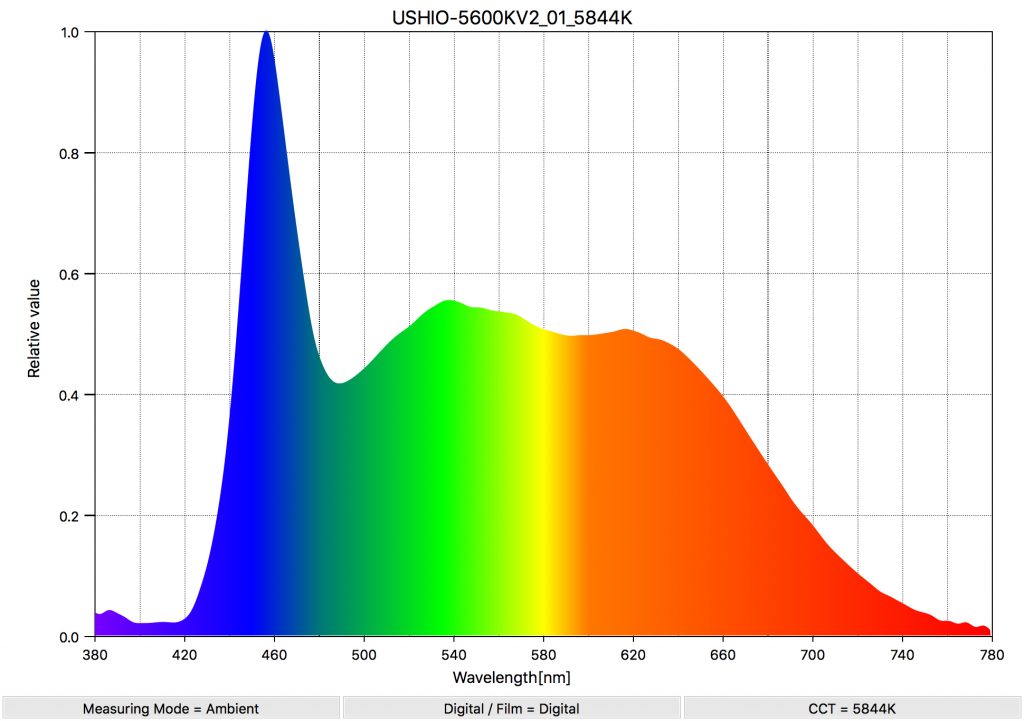 The Ushio ColourMax Spectral Distribution looks much better as well with a very slight green push and a normal blue spike that you will see in 5600K lights.

Having better color is a big deal but is the output better?

Here is where it got interesting. Not only do the USHIO ColourMax have better color scores, they are quite a bit brighter too.

As you can see the new ColourMax tubes are over two times brighter. Impressive!

This is a nice upgrade and having the increased output has made them very handy. I have been using them pretty much with all the setups lately from studio, green screen to even fill. I love bright soft broad sources.

It’s also important to note that the Ushio ColourMax bulbs are fully dimmable and flicker free. 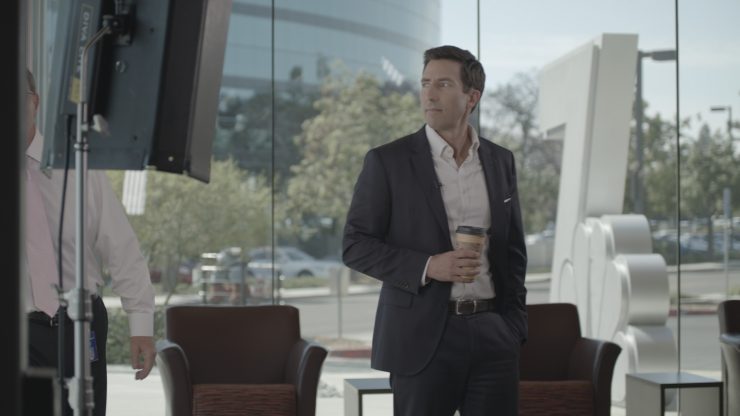 I have to say I’m extremely pleased with these Ushio ColourMax replacements LED tubes. They are much brighter and the color is also much improved over the fluorescence stock Kino Flo tubes. 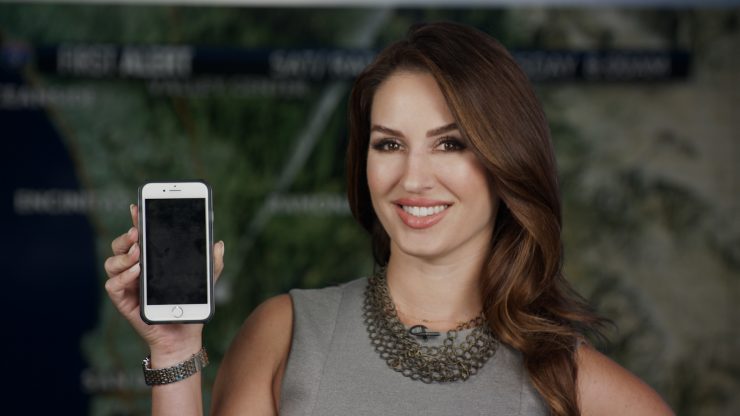 The price is very reasonable considering they basically make these old Divas a brand new fixture. I think if you have Kino Flo Diva’s in the garage pull them out and stick the Ushio ColourMax LED’s in them and your old friend will be your best new buddy all over again.

You can purchase the Ushio ColourMax LTT LED Twin Tube Lamps from B&H for $29.88 USD.

I have recently learned that the Ushio ColourMax LED tubes might not be compatible with the Diva 400 fixtures due to the wattage of the tube bulbs. As of today, I’m not recommending purchasing these until I get clarity from Ushio.