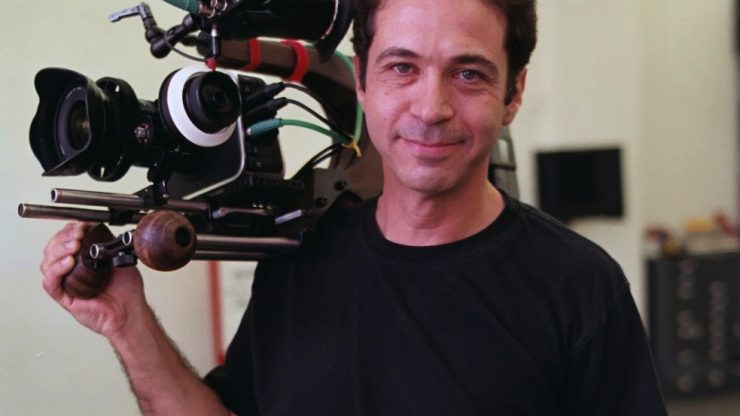 Many of our readers may be familiar with the products of Rochester, New York’s Ergocine Ltd. The company was behind the recently featured Bell Rocker Grip, the “cat on the shoulder” style Lion shoulder rig, and of course, their popular wood grips and spheres; beautifully crafted products made by and for people passionate about cinematography.

What many of you may not know is that David A Ford, founder, and designer of Ergocine passed away suddenly on August 15, 2018, at age 51. The cinematography community has lost not only a dedicated craftsman but a fellow cinematographer.

Ford graduated from SUNY Purchase College School of Film and Media Studies in 1992 and dedicated the rest of his life to filmmaking and cinematography. He worked his way up the ladder after graduating, serving as assistant camera and later cinematographer on numerous documentary productions. Ford’s role in the world of cinematography wasn’t limited to just shooting. He would pass his knowledge of the craft to students at Pratt Institute and his alma mater.

Drawing from his field experience Ford started designing camera accessories to fill the void that he felt existed in the way contemporary camera systems were built. His brother, Richard Ford, described what led him to launch Ergocine in 2011. “[David] had the sense that the deficit in these cameras was that they were a pain in the ass to work with, to hold. That there was a need for a more ergonomic interface between the person and the camera – and he was into woodworking”.

Ford’s initial designs and products were in response to the DSLR Revolution. In 2010 Ford and his film school compatriot Peter Schneider of New York City’s legendary Gotham Sound were shooting rock concerts together utilizing the DSLR video technology. They loved the image these cameras produced, but not the ergonomics.

At the time people were using “rigs built around [the cameras] that made them look like astronauts, things that were completely not ergonomic…all the weight was in the front and not conducive to shooting” remembered Schneider. “That bothered Dave, the inelegance of it.”

Looking back to Aaton

In his quest for a more balanced rig, Ford sought inspiration from a defunct 1970 Aaton LTR 7 gathering dust in his closet. According to Schneider, “He started to think that nothing felt as right as his Aaton. That whole design was about balance, elegance and being able to look people in the eye while you shoot them”. The “cat on the shoulder” design philosophy pioneered by Aaton’s Jean-Pierre Beauviala had worked since the early 70s, why not bring the philosophy to the design of DSLR shoulder rigs? The resulting prototype would be the called the ‘Shoulder Cat”. 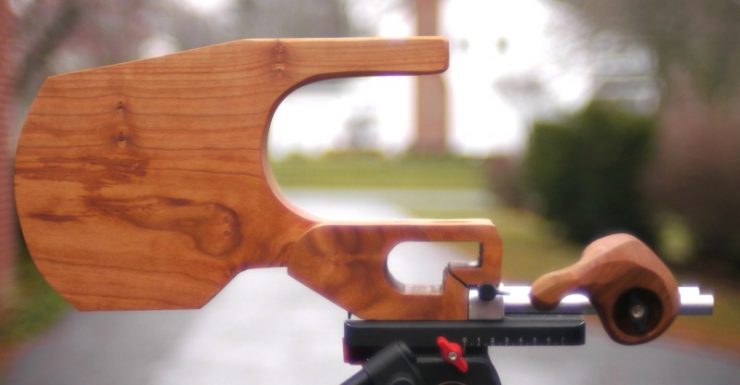 A mass of wood with accouterments of aluminum provided an Aaton-inspired exoskeleton of sorts for DSLR camera bodies. The rear of the rig resembled the shape of a rounded film magazine and provided the necessary weight to balance the camera. The “Shoulder Cat” even included an Aaton-style wood grip attached via a rosette to 15mm rods. Prototype in hand, all Ford and Schneider needed was Beauviala’s blessing before bringing their rigs to market.

In November of 2011, Schneider and Ford emailed Beauviala photographs of the prototype with their fingers crossed. Within a week they received their response: They had their blessing, but on one condition from Beauviala. “Provided you put a plaque or engraving somewhere on the rig saying something like: ‘with the complicity of Aaton’ [or] ‘honorary Aaton shoulder cat’”. 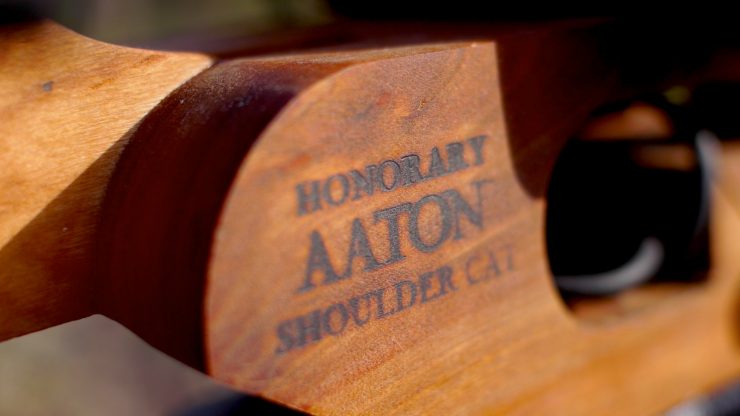 A few months later the Ergocine shoulder rig was officially launched, complete with a wood burned branding reading “‘Honorary Aaton Shoulder Cat’. Two years later, in Grenoble France, Beauviala would finally get to test the rig inspired by his design for himself. 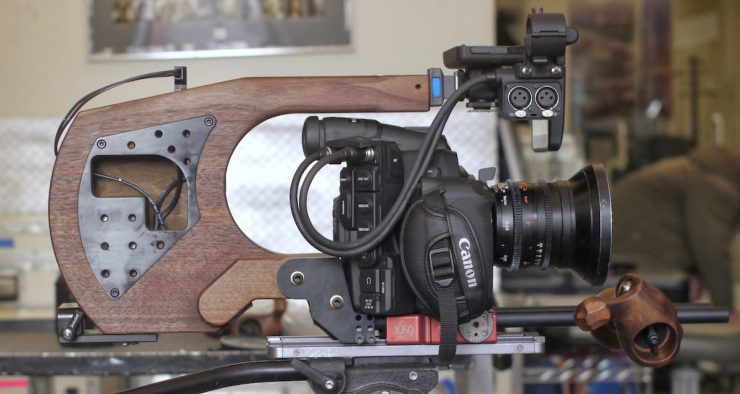 Ford would continue to push Ergocine’s designs forward. The Shoulder Cat would be rebuilt to accommodate larger cameras like the Canon C300 and the Red Epic and rebranded the Lion. He taught himself the basics of Computer Assisted Design and with the help of woodworking professionals refined the production process of the shoulder rigs and wood grips utilizing Computer Numerical Control or CNC routing.

He would eventually launch what may be the first wood sphere to be used in conjunction with, or in place of the wood grip – an accessory that has been adopted en masse by many cinematographers today. The latest iterations of the grips and spheres were offered with multiple trigger buttons and could be scaled up or down to accommodate the varying hand sizes of operators. “Dave was always very very experimental and not afraid to try new stuff and new ideas” memorialized Schneider.

Ford’s products made an impact on all types of cinematographers and filmmakers. Peter Schneider vividly recalled the visit of documentary filmmaker and one of the America’s “direct cinema” pioneers, D.A. Pennebaker to Gotham Sound in New York City.

Eager to show the legendary documentarian Ford’s Aaton inspired shoulder rig, he took out the Shoulder Cat. “I could just see the look of disgust over Penny’s face. It was absolute repulsion. Like why would anybody do that. And then after about 15 seconds of that, he could not keep his hands off it. That moment really summed up a lot of what I loved about Dave. That its these genius ideas that may even on first glance seem repulsive, but then literally just takes hold of you”. 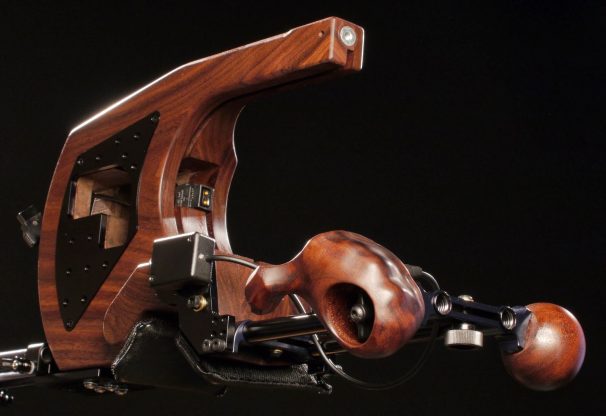 Many cinematographers took hold of David Ford’s designs in their own hands. They impact the way we interact with our cameras and therefore the way that we visualize the stories of the people and places we film. Ford’s products were built with us, the cinematographers, in mind and through their endurant quality will help us remember David long after he passed.

In remembering his brother and Ergocine, Richard Ford stated, “It was his business, it was also what I think gave him the most joy in life. He loved it and he loved the people he worked with. They weren’t that many clients or customers, they were like collaborators for him. He was immersed in it. It was the best thing in his life, without a doubt”.

If you were impacted by David Ford’s life and work please share your story of him below in our comments section so we may share it with his family and close friends. Additionally, you can read more about David Ford’s process on the Ergocine Blog.