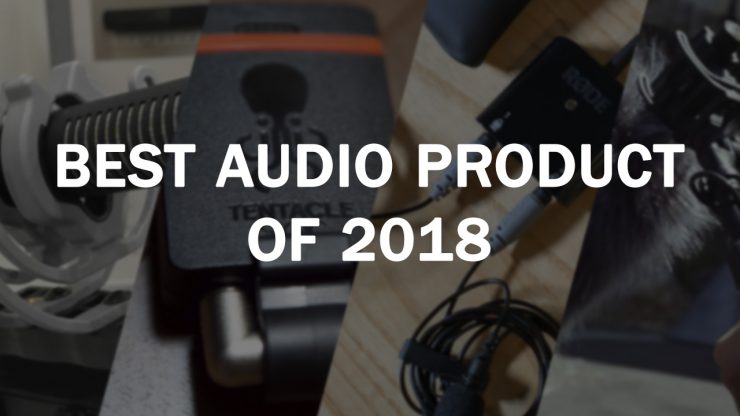 Audio is always a tough category as it really depends on the individual’s needs and budget. I’m going to pick something that a lot of people may not agree with, the Sanken CS-M1 Supercardioid microphone. It’s only four inches long (about 10cm) and weighs 1.9oz (55g). It has been designed as a high-quality microphone for use on smaller camera rigs or – perhaps more realistically – boomed for recording dialogue or interviews indoors.

The Sanken CS-1 is a great alternative on-camera shotgun mic to mainstays like the Sennheiser 416. For me, having a compact, high-quality microphone that can be used as an on-camera microphone as well as a for recording interviews indoors is a big deal. 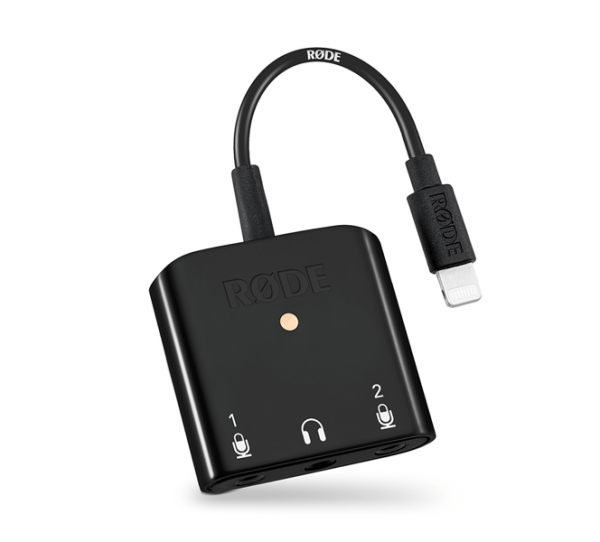 For my runner-up, I selected the RØDE SC6-L Mobile Interviewing Kit. The SC6-L connects to an iPhone through the lightning connector and with the free RØDE Reporter app you can record two people directly onto your phone.

The SC6-L has two TRRS inputs and one stereo headphone output. When used with the smartLav+ microphones you can record two sources into an iPhone plus monitor the audio from the headphone jack. The Reporter app has many recording options such as split channel and merged mixed audio. The user can also enable/disable direct monitoring, alter boost gain.

The SC6-L can be used with other apps, such as the Camera, FilMic Pro, GarageBand, and Voice Memos. It’s a nice alternative to using an external audio recorder, as well as being a nice back up to keep in your kit. 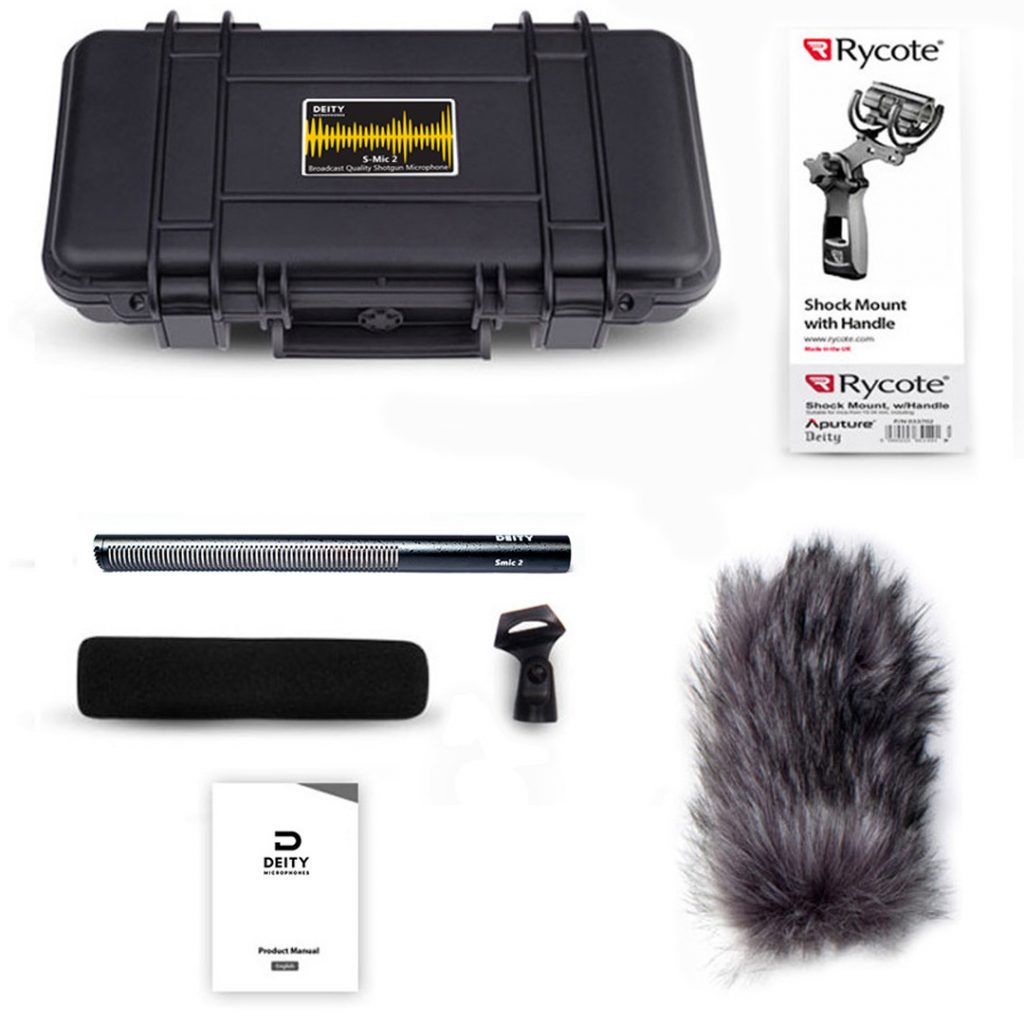 Deity is a new company that is a spinoff from Aputure and since the spinoff, they have put out some really great microphones at a very reasonable price. The S-Mic 2 is one of them and retails for $350 USD.  The Deity S-Mic 2 features a super-cardioid pickup pattern that minimizes surrounding ambient sounds but still offers low off-axis colouration. The S-Mic 2 is also said to be very forgiving when trying to point it at an actor or actress because of its super-cardioid pickup, making it a great microphone for new boom operators. The microphones low self-noise lets you capture natural sounding speech and dialogue without any distractions.

If you shoot with cameras that don’t record timecode, the Tentacle Sync E is a very easy to use and handy way to make those camera work in a multi-cam shoot. While the Tentacle Sync E isn’t a new product it is an updated version with improved performance. So what’s new? The body has been redesigned and now looks a little more polished and professional compared to the original Tentacle Sync. Despite the redesign, it weighs exactly the same as the original version plus now has Bluetooth.

Feel free to tell us what audio product you thought was the best of 2018 in the comments section below. We would love to hear what our readers think.