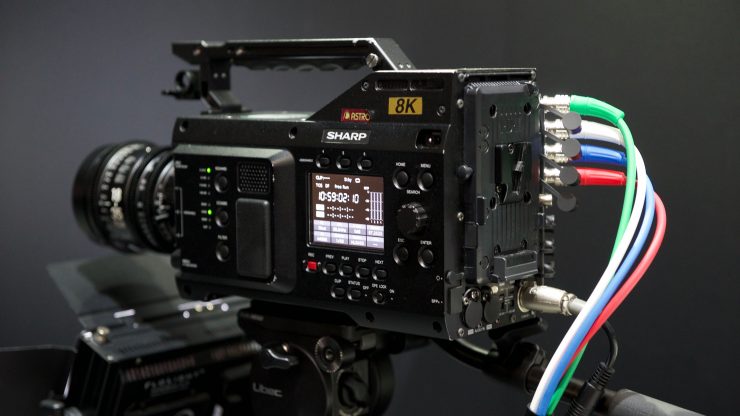 Japanese broadcaster NHK today started broadcasting 8K on a permanent basis. NHK collectively refers to 4K / 8K as “Super Hi-Vision“, and with the 2020 Tokyo Olympic Games and the Paralympic Games not too far away, this is a major step in transitioning viewers to what the broadcaster is calling a “New era of full-scale super high vision”. 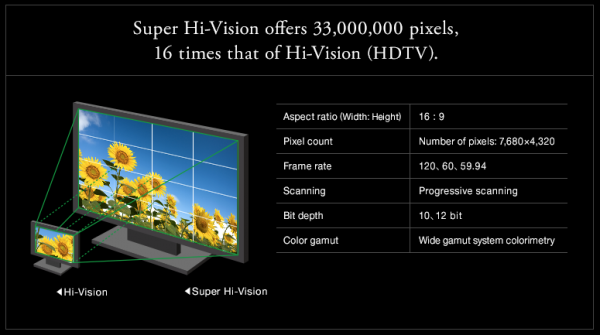 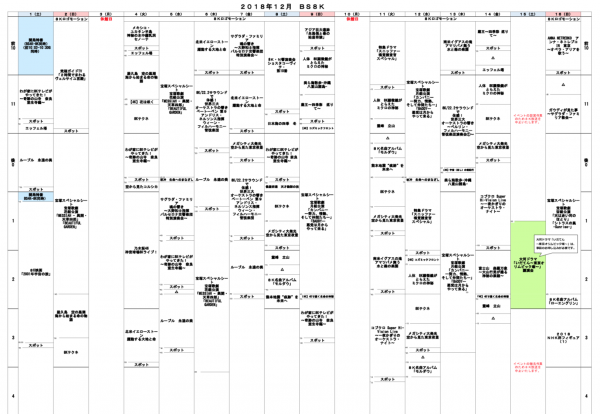 Above is the current program schedule for 8K broadcasts by NHK in December (sorry it’s only available in Japanse).

Currently, NHK only has a very limited number of programs in 8K that they are broadcasting. These programs will be shown multiple times during the period of one day. 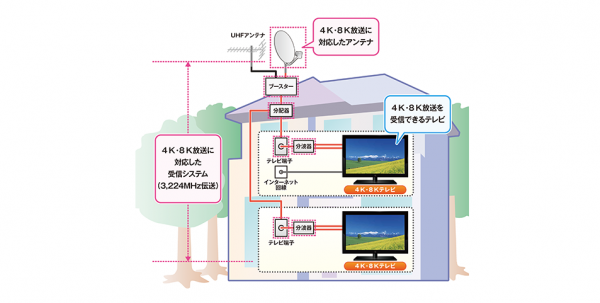 To be able to watch 8K you not only need an 8K capable television but also a dedicated satellite dish to receive the transmissions. NHK also says that viewers may also need to replace receiving equipment such as boosters and distributor boxes. Currently in Japan to watch 4K material you only need a decoder box (these are around $800-$1000 USD). NHK’s 4K and 8K broadcasting is done with BS and 110 ° CS satellite broadcasting. At present, NHK has no concrete plans of 4K / 8K broadcasting by terrestrial digital broadcasting. These means a sizeable investment by the consumer will be required if they want to watch 8K material. 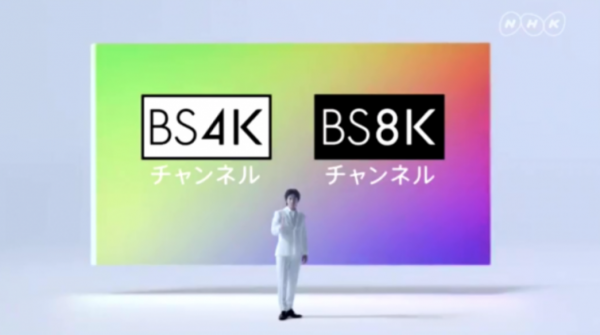 It was only 4 years ago that NHK successfully conducted an 8K image transmission test using the nation’s largest cable TV facility. In that same year, 2014, they showed vision shot using an 8K Super Hi-Vision camera with a frame frequency of 120Hz. 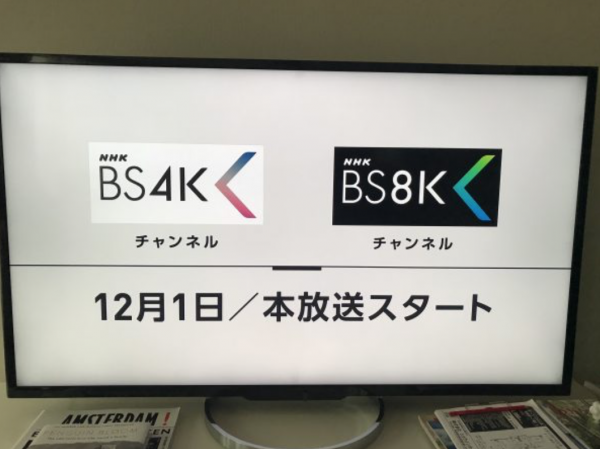 On my TV here in Japan, I have been seeing more and more ads for NHK’s 8K broadcasting. You would think that most people in Japan would be watching 4K broadcasts or at least own a 4K capable TV, but that couldn’t be further from the truth. Most Japanese are still watching HD broadcasts on HD televisions. It’s somewhat strange that NHK is now pushing 8K, even though you still can only watch very limited content in 4K on their channels. 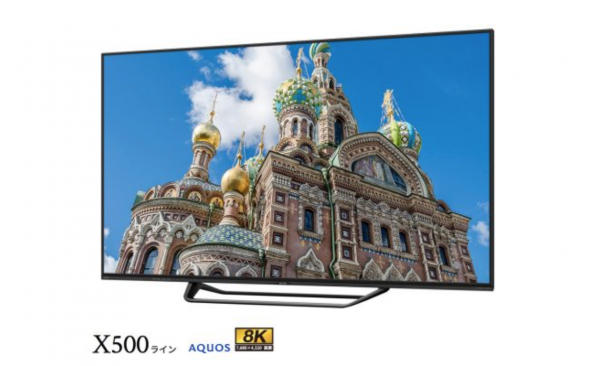 8K TV’s are far and few between and models such as the 70″ SHARP LC-70X500 sell for ￥646,290 ($5705 USD) here in Japan. The cheapest 8K television you can currently buy in Japan is the 60″ SHARP 8T-C60AW1 which retails for ￥498,00 ($4395 USD).  I wouldn’t hold your breath waiting for 8K content to be broadcast in most other places in the world anytime soon. In the US, for example, the whole broadcasting infrastructure isn’t set up for 8K, and streaming services such as Netflix are solely focused on 4K at this point in time.

8K is being pushed hard 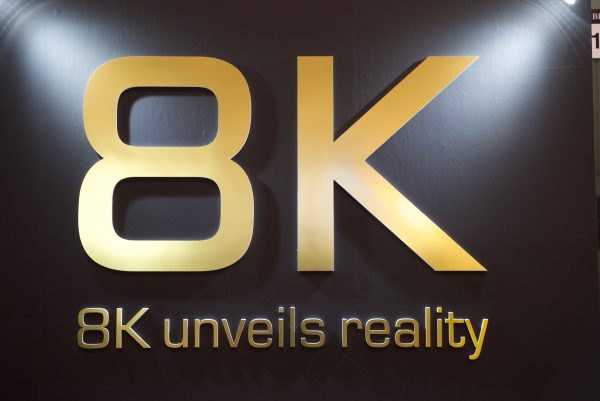 8K technology was on display everywhere at the recent Interbee 2018 show in Japan. From 8K cameras to 8K displays, to 8K being sent over IP via a 5G phone network, everywhere you looked it was 8K. If that wasn’t enough, there were even companies showing 16K 120p. 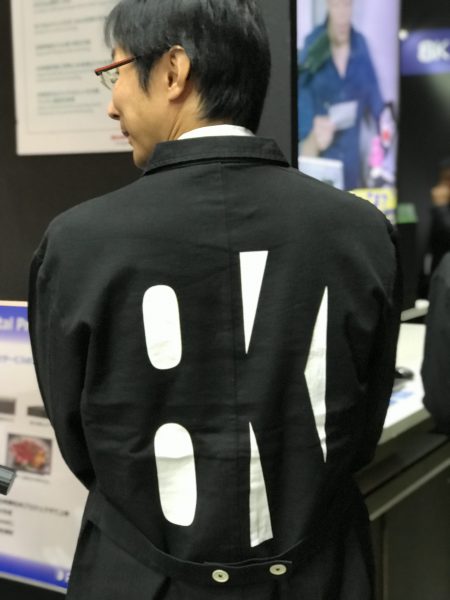 With NHK broadcasting the Tokyo Olympics in 8K in 2020 there is a big push here in Japan to not only create 8K content but also make it available for consumers to watch. 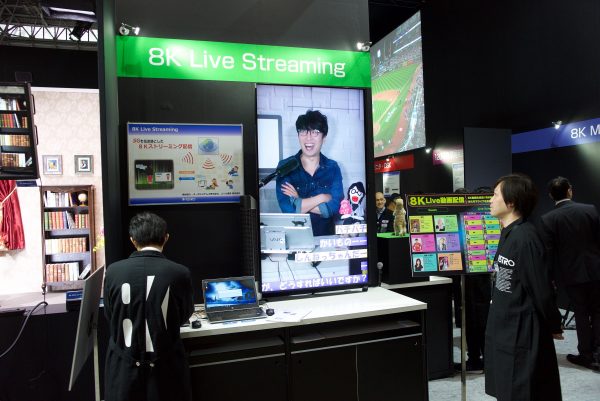 What will make or break 8K is just how easy it will be to watch for the average person. Whether or not the average consumer cares about 8K is largely irrelevant, at least here in Japan. It is coming one way or the other. 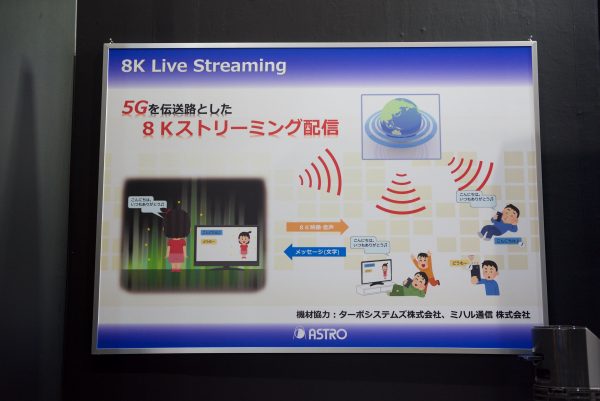 The Japanese government is keen to push 8K and the Interbee show, Astro Design were showcasing live 8K over IP broadcasts using 5G technology. Japanese telecommunications giant Docomo were also showing 8K content over their 5G network that is still in development. 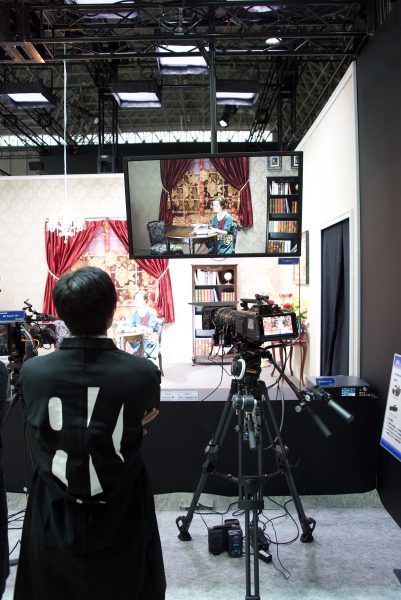 Watching 8K material on your smartphone is probably a complete waste of time given how small the pixel density already is on most devices. Maybe we will start to see larger mobile devices such as the foldable Samsung concept phone, or higher resolution screens starting to appear over the next few years. I do, however, think that with the speed and bandwidth available over 5G that a lot of people will be using this technology and getting rid of their fixed internet lines. This means you could be watching 8K material on an 8K screen in your home, all being broadcast or sent over a 5G network. 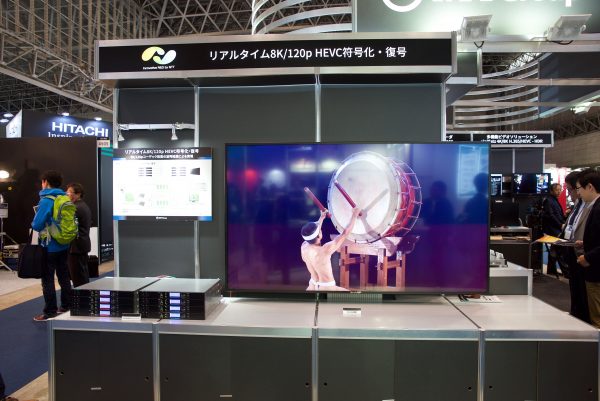 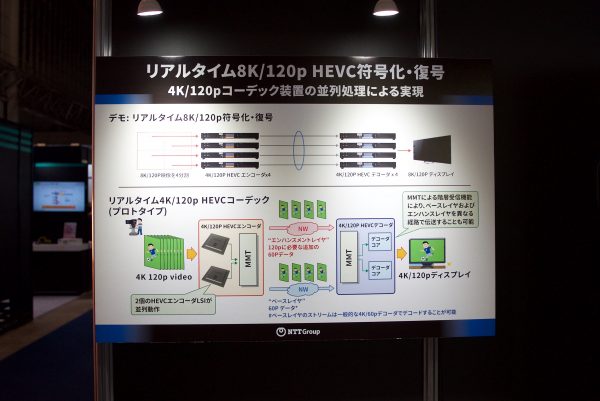 Above you can see how they were doing it. 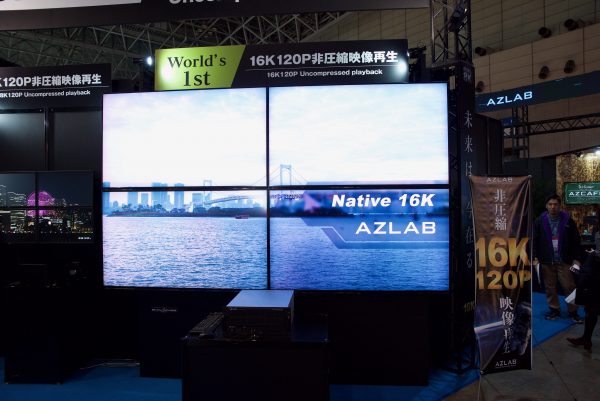 If 8K wasn’t enough, there were companies showing 16K 120p uncompressed playback on the showroom floor. Now there isn’t currently any such thing as a 16K display so most companies were either using 4 8K screens or 16 4K screens positioned together.

Whether we like it or not, 8K is coming. Just how long it actually takes before anyone is actually watching 8K content in significant numbers will be interesting to see. I personally think, just like we have seen with 4K, 8K is going to be primarily for acquisition purposes, rather than for actual viewing or broadcast.