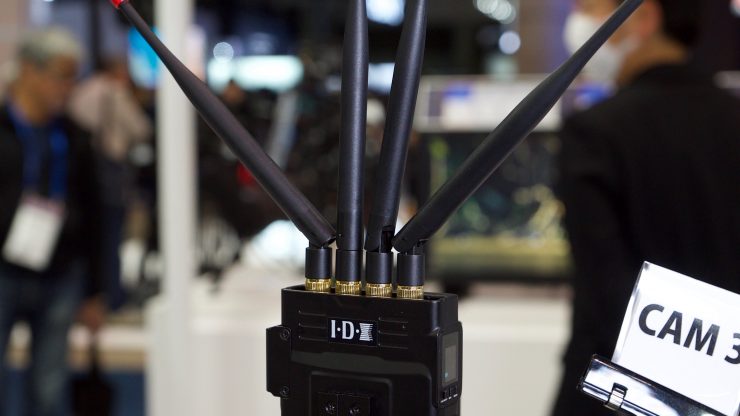 IDX was showing a new wireless video transmission system that has a range of up to 1km (3280ft) at the Interbee 2018 show in Japan. 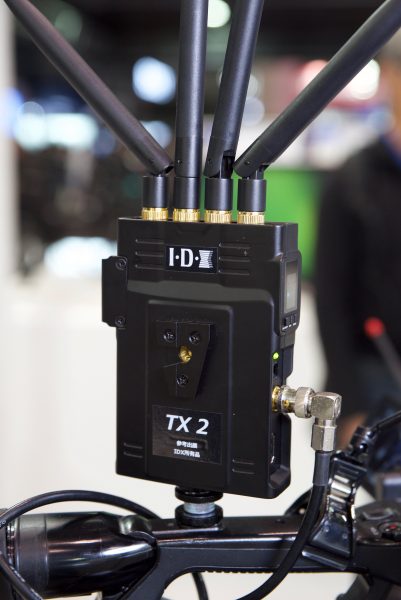 The system is yet to be given a name and it consists of two transmitters and one dual receiver. The transmitters have both an HDMI and an SDI in and can be powered off either a Sony NP style battery or sandwiched between a camera and a v-lock battery. 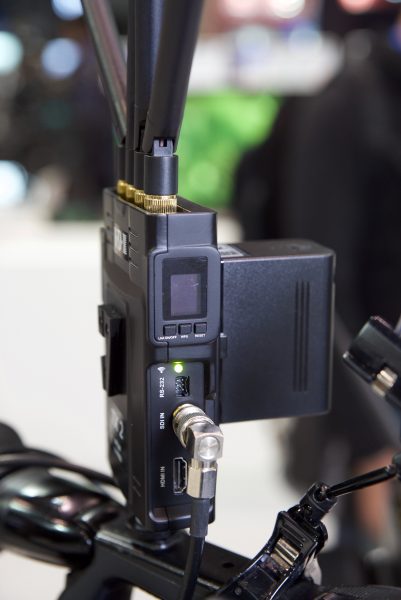 The transmitters have a built-in display for making changes and letting the operator see key information such as what channel is being used. 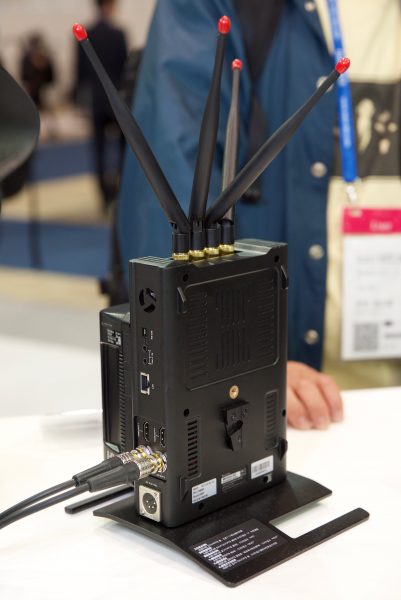 The dual receiver has two HDMI outputs and two SDI outputs. There is also a LAN connector as well as an RS-422 terminal. The receiver can be powered off a v-lock battery, or through a 4-pin 7-17V DC in. 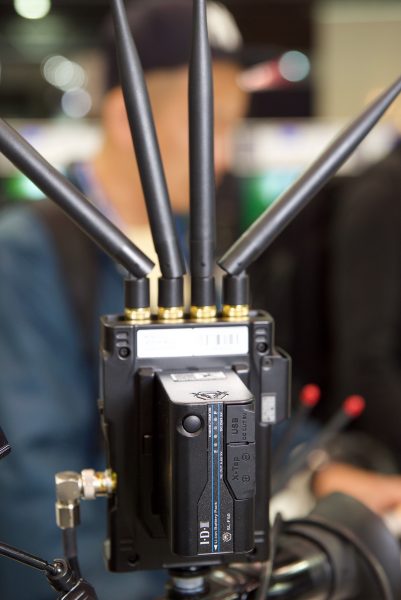 IDX expects their new wireless video transmission system to be available in around 6 months time for an estimated price of 600,000JPY (around $5300 USD). This looks to be very well priced given its 1km range and the fact that you get two transmitters and a dual receiver.