The Blackmagic Design Pocket Cinema Camera 4K has started shipping, although in relatively small numbers. Florent from Of Two Lands was lucky enough to pre-order the camera as soon as it was announced and has been using the BMPCC 4K for the last few weeks.

I caught up with Florent to ask him about his initial impressions of Blackmagic’s latest camera. The above video was shot in UHD ProRes 422, with a mix of 23.98 and 60fps, slightly graded in DaVinci Resolve. The ISO levels ranged from 400 to 3200. 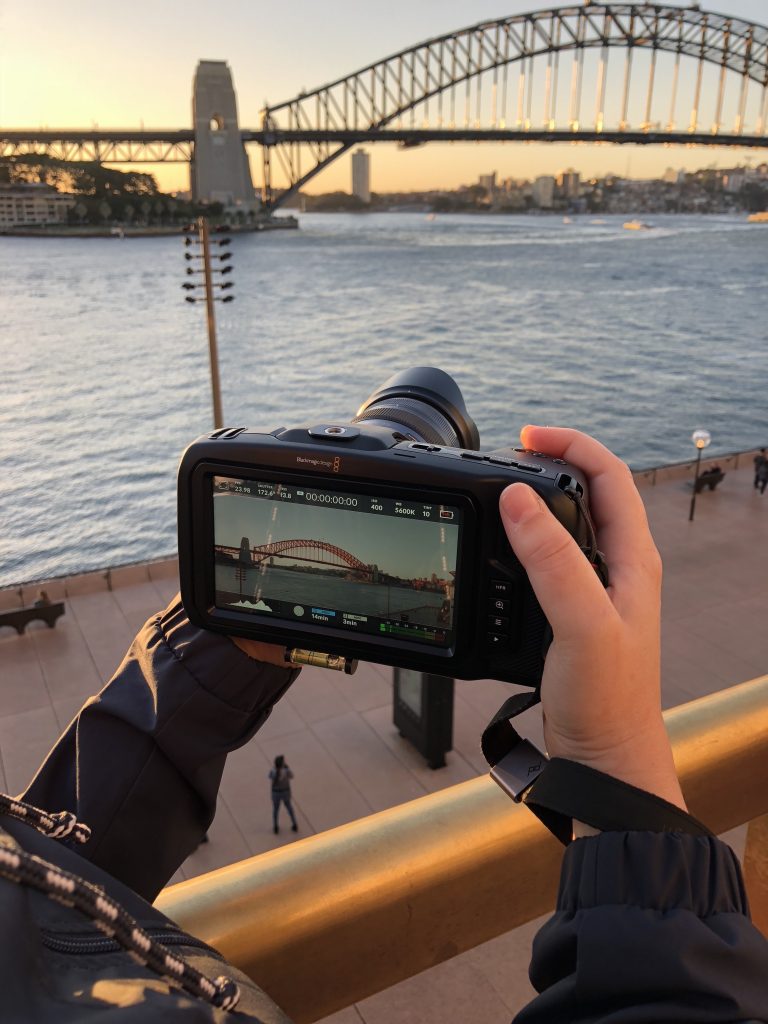 Why did you decide to pre-order a BMPCC 4K?
I pre-ordered the BMPCC 4K as soon as it was announced as I had been waiting years for a replacement for the original. I knew that Blackmagic has always been good at listening to their customers’ feedback and would produce a camera that fixed most of the issues of its predecessor, whilst also giving the best bang for buck. So for me, it was a no-brainer.

Were you a user of the original BMPCC?
Yes, I bought the original BMPCC in 2013 when it was announced and have shot 80% of my personal and travel content with the camera ever since. Even in early 2018, I was still shooting with it as I could not find another small camera that would give me the same image quality and look.

What cameras do you usually use?
For work, I use a Canon C200, and up to now a Blackmagic Pocket Cinema Camera for personal and travel content. I also owned an Ursa Mini Pro as well as C100 MK II which I had been using for the last couple of years.

What type of work does your company usually do?
We do a mix of things when it comes to video work but mostly short documentaries and commercial content. We also do stills and have a decent following on social media channels such as Instagram.  Our company gets to be involved in a lot of online campaigns for different brands and agencies which often require video. For the past year and a half we also have been represented by Filmsupply for footage licensing from the different places that we get to visit through our projects, hence the need for a powerful but compact camera.

What were your original impressions when you got the camera?
When I first opened the box I was like “This is a lot bigger than I thought it would be”. But then I picked it up and it felt surprisingly light, comfortable and well balanced.

What do you think the BMPCC 4K offers over other cameras at its price point? 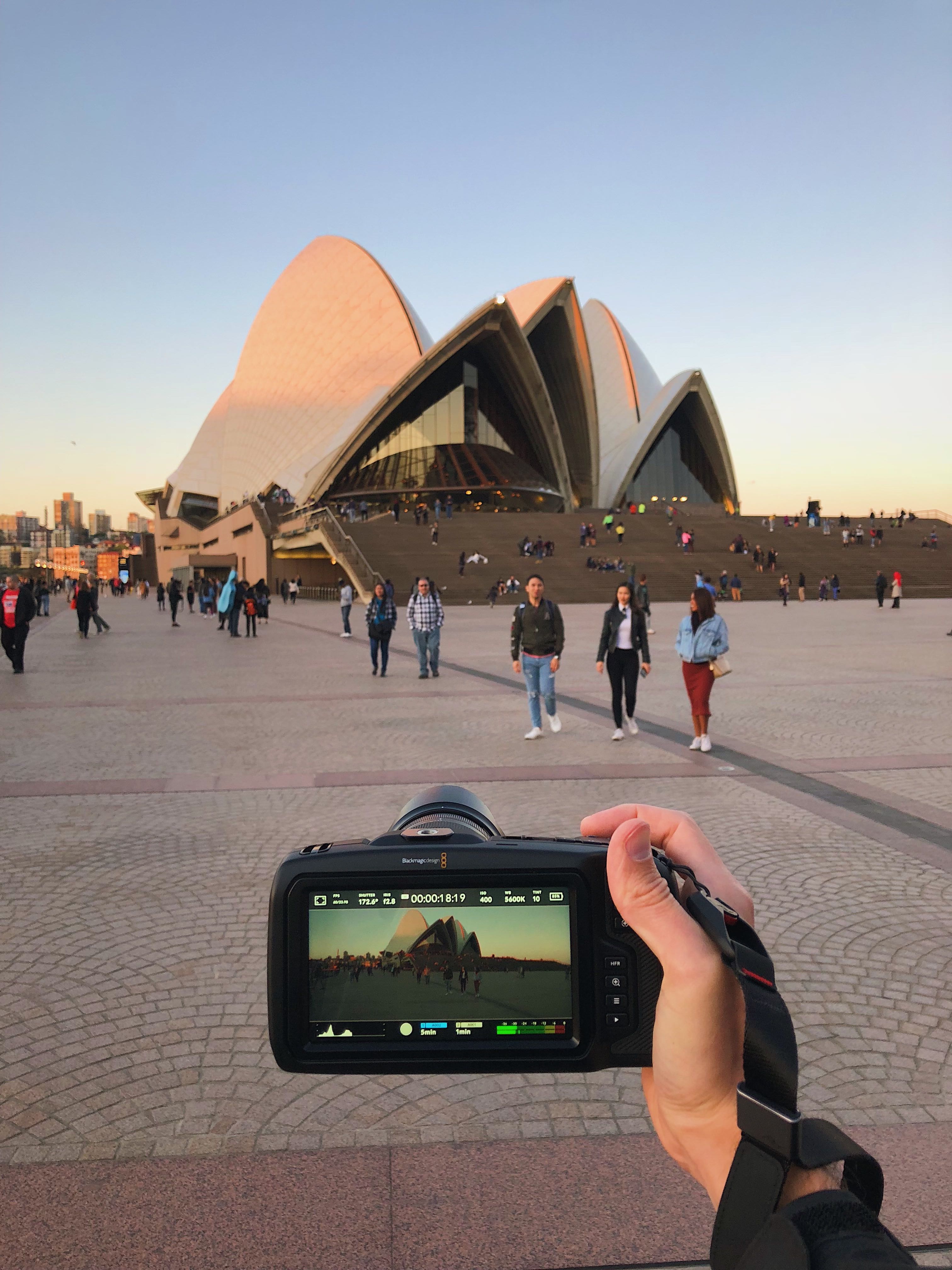 I think for less than AUD $2,000, being able to get 4K Raw, ProRes, 60P with such great color science and image quality is amazing. To me this camera matches the specs of other similar priced cameras on the market but when you add Blackmagic’s cinematic look and the beautiful user interface it puts the BMPCC 4K above its competition.

After using it how have you found the camera? 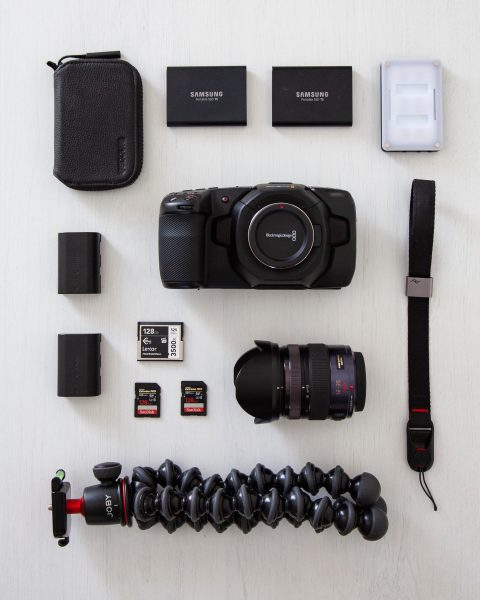 I have found the camera to be a joy to shoot with. Whilst I like using my C200 and other bigger cameras, I am the kind of person that likes to shoot light and with minimal rigs. So this camera suits me very well. The screen is big and sharp and the layout of the buttons is very simple and intuitive.

How did you find the low light performance of the camera and the Dual ISO feature?

I was quite surprised by the low light performance, especially compared to the other Blackmagic cameras. I would say that you can get pretty clean images up to 3200 thanks to the Dual ISO feature. I would maybe use it up to 6400 if needed and you would still get a decent image. The Dual ISO on the camera is 400 and 3200.

You can also download the original file from the ISO test here.

The HD 120fps footage is really nice, although quite soft, which is to be expected with such a big crop. I myself do not shoot 120fps very often but it is a very nice feature to have. I would say it is very similar to the 120fps on the Ursa Mini Pro.

What lenses have you been using on the camera?
Since I started shooting with the original BMPCC I have always used one lens: the Lumix 12-35mm 2.8. To me, it is the perfect lens and on the new BMPCC 4K, it equals to a 24-70mm 2.8 full frame which is great. Plus it has IS, which compensates for the lack of internal body stabilization in the camera itself.

Did you find that the screen was bright enough to see outdoors in sunny conditions? 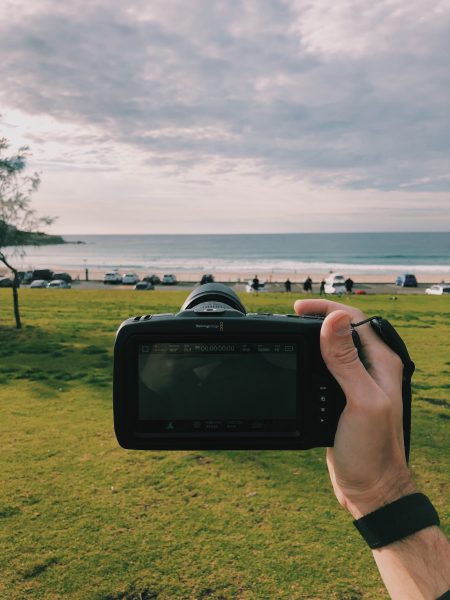 Yes, the screen was bright enough in most conditions. I never once felt like I couldn’t see what I was capturing. A big improvement for Blackmagic. I am used to the screen on my C200 which has nowhere near the same brightness or sharpness. Of course, it could always be brighter, but I would say it is the best display on camera that I have ever used. It is also extremely responsive.

Some early users have said that the BMPCC 4K maybe doesn’t quite have that same cinematic film look like the original BMPCC, do you agree?
In my opinion, it is very similar, but I agree that the footage might be slightly less cinematic, but it is also a lot sharper.

What would you say are its biggest strengths?
To me the biggest strengths of this camera are the image quality, being able to record 4K 60P with very strong codecs, great low light performance, and the price point. Also, I should mention the screen again, it is just massive. I like that I can record high-quality content without having people looking at the camera that would be normally much bigger. It allows me to get shots that I wouldn’t be able to get with a large rig. As an example, I was shooting in Europe for three weeks recently and got told off so many times because I was using the C200. In those moments the BMPCC 4K would have come in very handy.

Is there anything you don’t like?
I have been using the camera for the last few weeks now and so far there’s nothing that I really don’t like about it. I am sure after more time I will pick up on things that annoy me but right now I am pretty happy with it. There were a few glitches though such as the screen flickering and changing settings on its own, but then I turned the camera off and back on and it was gone. Little things like this, will probably be fixed in future updates. Battery life could be better too, I usually get around 45mins. I would have liked an hour. But again, not a deal breaker for me and this is so much better than the previous one.

Is the camera living up to the expectations you had for it?


Yes, 100%. I think when it comes to a camera at this price point, offering that much, you can’t really expect to get a perfect camera (if there is even one) but to me, this new BMPCC 4K comes very close. As always I guess it depends on what you do. I will not use this camera as my main camera, it’s more for travel, personal and smaller projects.

Is there anything you would like to see improved through firmware updates in the future?
In the future updates, I would like Blackmagic to fix some of the glitches I’ve mentioned before such as the screen settings changing by themselves. Also, BM RAW would be a nice addition and would make this camera even more attractive.

Where can people see more of your work?
People can head over to our website or go to our YouTube channel.